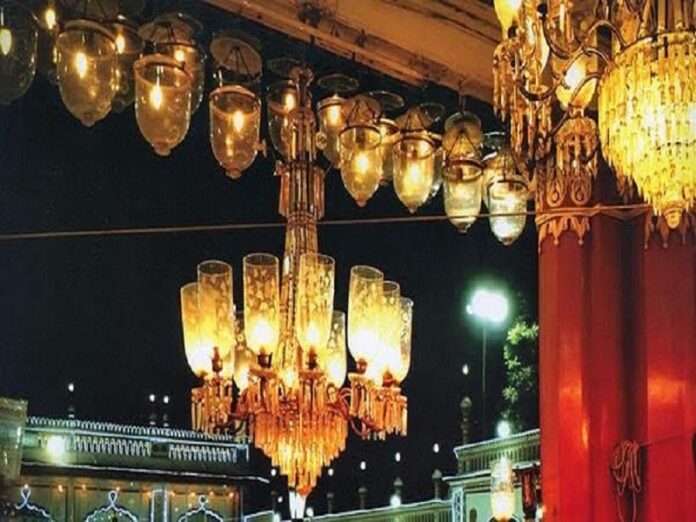 In an age where religious lines are hardening, the dargahs in India remain comparatively open spaces where the faith of the person is not questioned while entering. The people who come to find solace range from men sitting in corners in a forlorn way to women who come with their families and friends and sit outside, and then there are couples who pray for the intercession of the saints buried in the dargahs.

Said dargahs also keep the social and spiritual life thrumming as they become epicentres for local festivals dictated by the lunar calendar. Urs, sama, chiragaan, sandal are few of the events inside dargahs that people living in the area wait for.

“Telangana is a confluence of different cultures, religions and beliefs. From the very rustic and rural Bonalu to the newer faiths like Christianity, people in the region have accepted and adopted all streams of beliefs. This book is a tribute to that,” says Mamidi Harikrishna, head of the Department of Culture who has edited the booklet called Culture of Amity being distributed free.

The booklet lists 51 dargahs scattered across the city. “The list is exhaustive and we have discovered more. We will be listing 81 dargahs in the next edition of the book,” says Vasanta Sobha Turaga, an architect, who has edited the book along with Harikrishna.

Without delving into each specific religious space the booklet has information about the dargahs and what goes on in them and how they shape beliefs. “The earliest and the oldest are from the 13th to 14th centuries: the Pahadi Shareef (1266) and Jehangir Peer Baba (1318). And the latest is less than 15 years-old.” The booklet also tracks the progression and change in architectural style.

“We have looked at the architectural style of the buildings. But we have also tried to look at the rituals and traditions. There is a lot of intermingling of practices and colourful rituals,” says Turaga who has plans to expand the work into something more substantial.

The booklet also sets right some of the beliefs which people have about the various dargahs. It calls out the belief that the structure atop Moula Ali hillock is a dargah while in reality, it is an ashoorkhana with a few practices of a dargah like the urs that is celebrated in the Islamic month of Rajab. #KhabarLive #hydnews