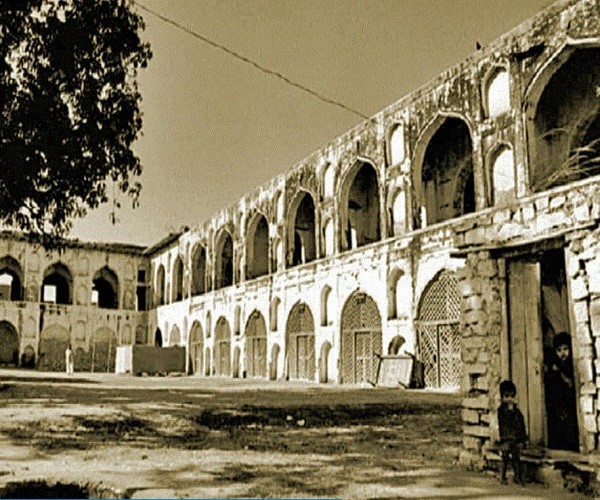 The medical heritage of Hyderabad dates back to the time when Europe was in the Dark Age. The city had the most advanced hospital of its times a little over 400 years ago with inpatient and out patient facility, a residential medical college conducting research on treatment of diseases through dietary regulation, a lodge for the outstation attendants and a quarantine system to prevent spread of highly infectious diseases like plague.

It had the best of doctors from Asia and some of the medical treatises they had penned are valid even today. The historic as hookhana ‘Alawae Sartauq Mubarak’ is located on the Dar-ul-Shifa compound.

All these and several other advanced medical facilities were present at the Dar-ulShifa, the first full-fledged hospital with over 300 beds.The grand old building that once hosted the `House of Cure’ still stands tall, though portions of it have fallen prey to land grabbers over the decades. The hospital was once spread over a larger area than what is left of it now. It has lost much of its grandeur for want of proper scientific care and conservation.

Archival data reveals that all the beds in this ancient hospital were full on any given day. Initially, Unani was practiced at Dar-ul-Shifa and later Ayurveda was added. It was also the first two-storeyed hospital ever constructed in medieval world. And for the first time medicines and food were supplied free to people. Free residential quarters were set up to help the attendants of non-local patients. It also provided specialised treatment during floods, famines and outbreaks of diseases like plague and cholera in those days.

The Dar-ul-Shifa, constructed by the Qutub Shahis (Sultan Quli Qutub Shah V in 1595), had inspired the Asaf Jah rulers to upgrade medical facilities in their dominion by introducing modern medicines in the early part of the 19th century. The Hyderabad Medical School was set up in 1846, the predecessor of the modern Osmania Medical College.Doctors in Hyderabad had proved for the first time that chloroform can be administered safely as an anaesthetic agent. The city was also witness to one of the major medical discoveries -malarial parasite `Plasmodium’ is transmitted by mosquitoes.

A review of the historical documents on Hyderabad reveals that the city had produced a medical research journal during the Qutub Shahi period. Some of the notable publications penned by the doctors of Dar-ul-Shifa were Rasala-eMiqdariya, Ikhtiyarat-e-Qutub Shah, Tazkirat-ul-Kahalini, Zubdatul-Hukuma, Tibb-e-Farid, Majmu-e-Hakim-ul-Mulk, Mizain-ul-Tabai, Shajara-eDanish and Tazkirat-ulHukuma. The leading `hakims’ (doctors) of those days included Shamsuddin Ali Hussain al-Jur jani, Abdullah Tabib, Hakim Taqiuddin Mohammad bin Sadruddin Ali and Hakim Nizamuddin Ahmad Gilani.

City historian Dr Mohammad Safiullah said that Hyderabad of yore had special hospitals for different diseases and an exclusive quarantine centre, which many contemporary cities were envious of.

As modern Hyderabad ushered into modern hospitals with superspeciality facilities, Dar-ulShifa, which had singularly served the medical and health needs of kings, nobles and common men, sadly lies in a state of neglect today. Its glorious medical past is consigned to history pages with the state government not bothering to dedicate even a day every year to perpetuate the memory of the world’s first superspecialty hospital. #KhabarLive