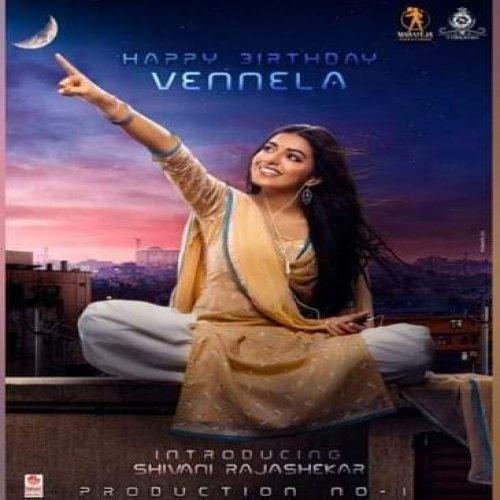 Shivani Rajasekhar, daughter of Telugu actors Rajasekhar and Jeevitha, will soon be making her debut as the female lead. The film is in the final stages of shooting and is expected to release either on an OTT platform or in theatres if they open by that time.

Speaking to #KhabarLive, Shivani says that she’d like to explore any interesting subject going forward.

“This is an interesting story with various elements and offers a lot of scope for acting. It was really great fun working with the team,” she adds.

While the title is yet to be decided, the grapevine has it that the film will be titled Adbutham. Shivani is playing a character named Vennela, and the film is being directed by Mallik Ram. The film is a fantasy romance drama.

ALSO READ:  The 'Brutal Summer Heatwaves' Are Coming Again To Shake The Globe?

Shivani also says that she’s been listening to other scripts though she hasn’t signed any other project so far. The young actor is keen to explore diverse genres in future.

A week ago, on her birthday, the makers of the film released a poster featuring her character. Shivani looks like the girl-next-door in the poster.

The film has completed almost 90% of the shoot, and post production work for this is going on. The film also has a popular child actor playing a significant role but the team doesn’t want to reveal his name as yet.

Director Mallik Ram shot to fame with the web series Pelli Gola on Viu which has had three successful seasons so far.

Speaking with #KhabarLive, Mallik says that they have been working on the project for the past 18 months.

“The last part of the shooting has come to a halt due to the lockdown. Though permission has been given for shooting, we thought we should go forward cautiously so that nobody is troubled by this. We will start slowly and finish by the end of this month,” he says.

The director reveals that Shivani and the child actor made his job easy with their effortless acting.

“I was surprised by their acting skills. Though the subject is a little complicated, involving science fiction, romance, drama, comedy and so on, all these elements were well enacted by the actors. This is despite the fact that it’s their debut movie in lead roles,”adds the director.

The team trusts that all their pending work will be completed in the next couple of months and depending on the status of theatres then, they will either release the film on an OTT platform or on the big screen. The final call will be taken by the production house Mahateja Creations and S Originals. #KhabarLive #hydnews