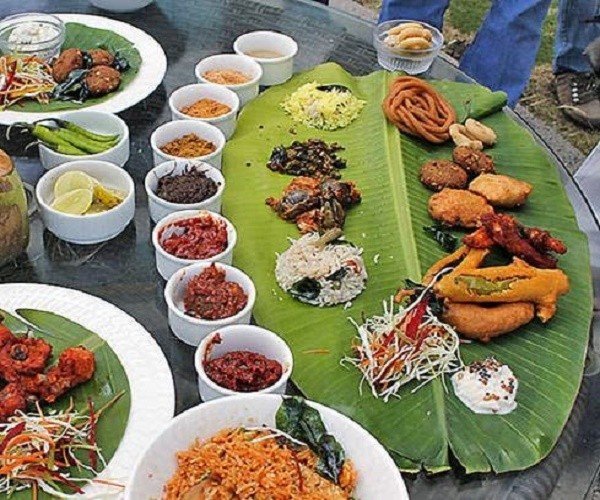 Talakaya Kura (recipe with goat/sheep head), Meka Bokkala Pulusu (goat soup), Paaya, Naatu Kodi Maamsam (chicken), Hyderabadi Mutton Biryani and Mutton Sherva are some of the Telangana non-vegetarian dishes, which will be served during the TRS plenary meeting to be held here on April 27 to mark the 17th birth anniversary of the pink party.

Veg bagara rice, plain rice, Pappu Chaaru, Pachhi Pulusu, Jonna Ambali (jowar malt drink) and Jonna Rotte will be served for vegetarians. Apart from these dishes, a variety of pickles with Telangana flavour, curd, papads, salads and ice creams will be served. Sources said that more than 25 varieties of Telangana recipes are going to be served.

Over 15,000 delegates from across the State are going to attend the meeting to be held at Kompally on the outskirts of Hyderabad.

“Telangana special recipes form the main part of the menu in the plenary,” said party MLA Madhavaram Krishna Rao, who is in charge of the committee overseeing food arrangements. As day temperatures are already touching 40 degrees Celsius, buttermilk and water packets will be distributed to the delegates in the meeting, he added.

The party is preparing several resolutions to be discussed and adopteHyderabadd by the delegates in the plenary with regard to State government’s achievements in the past four years. Of all the resolutions, all eyes are on the resolution being drafted to explain to people the role TRS is going to play at national politics by forming the proposed Federal Front.

“We will be discussing about the role to be played by the TRS in national politics in order to bring in a qualitative change. Chief Minister K Chandrasekhar Rao, who made the youngest State of the country stand first among all States in the country in terms of implementing welfare schemes and development work, now wants to improve the living standards of farmers and other sections of people across the country by forming a Federal Front. There will be a resolution on this during the meeting,” party secretary general and Rajya Sabha member K Keshav Rao said.

Further, during the convention, the ruling party is planning to pass six resolutions affirming its commitment to the welfare of all sections of people such as farmers, women, unemployed youth, minorities, Dalits and STs. #KhabarLive