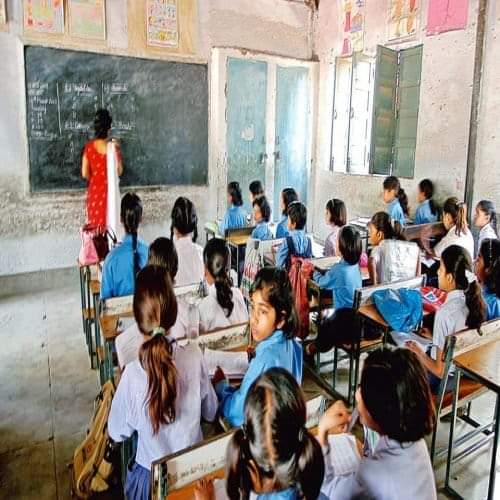 Teachers are treated on par with our parents and those teachers are now struggling to survive without jobs and money. They are doing menial jobs in the society as the schools are closed and their jobs too. This scenario is more worst in Hyderabad and other parts of Telangana state.

A few months ago, P Satyanarayana was teaching Telugu to students from class four to 10 at a school in Suryapet. Today, he is looking for work at MGNREGA sites in his hometown of Akaram village, Nalgonda district.

Zaheer Ahmed, Hindi teacher at a school in Dilsukhnagar with a BEd-MA degree, was laid off in April. He has returned to his hometown Mancherial, where he delivers gas cylinders at a godown. When he can’t get this work, he works at construction sites as a painter.

There are thousands of teachers like Satyanarayana and Zaheer, who are struggling to survive since March, when the lockdown was imposed. Many have not got their salaries even for February. They have been pushed to the brink, forced to take whatever work comes their way. Balraj, a teacher from Siddipet, has set up a mirchi bajji stall. Others are selling fruits and vegetables, working as construction labour or sanitation workers.

Satyanarayana said he had worked through March, “campaigning” for his school (recruit promising students). “We were told we would get full salary for March, but I got only around 25 per cent. I have no money left,” he said.

He got himself a job card and accompanied some labourers to dig a pond in his village. “I worked there for a few days. Once it started raining, that work is no longer there. I haven’t even been paid for my work there,” he said. Satayanrayana and his wife have an eight-month-old son.

Suresh, a Class 10 social studies teacher and vice-principal of a school in Sangareddy, was fired after he tried to speak up about his staff not getting paid.

Even though his wife holds a job, expenses have piled up. “There was some construction work going on at my home. Since I didn’t have any money, I fired the crew and am laying the slabs myself,” he said.

B. Vidya, a teacher at a school in Charminar, hadn’t received salary since February but is lucky to live in a joint family. “My colleagues have not been so lucky. Some are selling vegetables on the road, others are hunting for whatever work they can find,” she said.

Sheik Shabbir Ali, president of Telangana Private Teacher Forum (TPTF), said private school managements had all but abandoned their employees. “Many schools are saying they collect their fee in April. Since the lockdown was imposed, they couldn’t collect it. But where is all the money they made before that,” he asked. #KhabarLive #hydnews