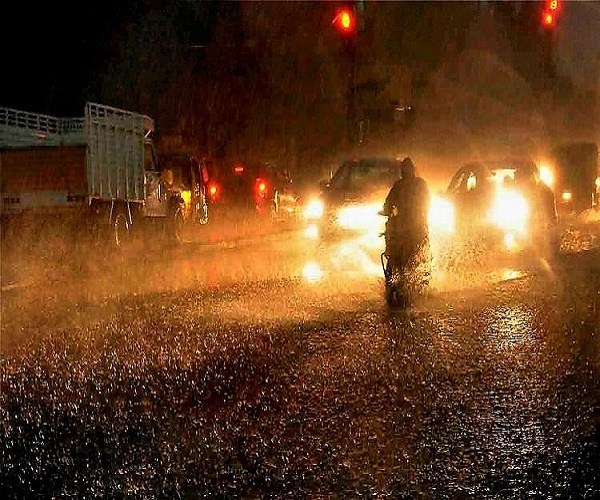 Telangana has witnessed a gruelling summer and 35% rainfall deficit for June as authorities said that the state received only 86.2 mm of rainfall against the normal 132 mm of rainfall every year despite active monsoon covered across the state.

Jagtial district received the highest amount of rainfall in the state with 160.1 mm. Jangaon and Karimnagar also witnessed surplus rain, but all the remaining districts recorded a deficit.

However, things might be better in July as the Indian Meteorological Department (IMD) has issued a 4-day warning for ‘heavy to very heavy rain’ across the state.

The warning, which is in place till 8:30 am on July 4, says, “Heavy to very heavy rain very likely to occur at a few places with extremely heavy rain at isolated places in the districts of Adilabad, Komaram Bheem Asifabad, Nirmal, Nizamabad, Jagtial, Karimnagar, Pedapalle, Kamareddy, Rajanna Sircilla, Bhadradri Kothagudem, Medak and Siddipet.”

The IMD also said that “Light to moderate rain or thunder showers are very likely to occur at most places over Telangana.”

After a delay of more than 10 days, the southwest monsoon finally entered Andhra Pradesh and Telangana in the last week of June, bringing cheer to farmers and providing respite from the heat wave.

With the onset of the monsoon, farmers were advised to proceed with sowing or other agricultural activities.

At the time, the IMD had predicted that while there would be a rainfall deficit for June, “Overall seasonal rainfall is expected to be close to normal i.e 97% of LPA (755 mm for Telangana and 912 mm for AP).”

The delay in onset of monsoon would have no impact on quantum of rainfall for the monsoon season, as the shortage of rainfall faced in June is likely to be made up in July and August, the weather forecasting agency stated.

The southwest monsoon arrived at the Kerala coast on June 8 but its progress was sluggish. Cyclone Vayu, which developed in Arabian Sea, further delayed the monsoon. #KhabarLive