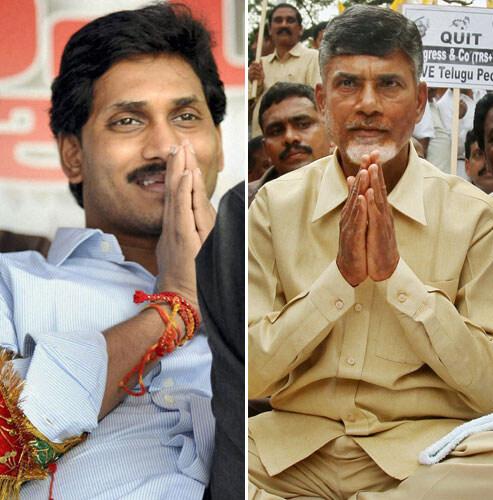 The people of Andhra Pradesh have given 151 MLAs to Jagan Mohan Reddy and reduced Chandrababu Naidu to 23 in the Assembly in 2019 general elections.

It was clear that people wanted the young man to rule the state without being disturbed by the experienced and Machiavellian politician Chandrababu Naidu.

The 23-member weak Naidu should have become a zero by now, in the last 10 months, had Jagan Mohan Reddy tried to be a true politician.

But, contrary to that, Jagan Mohan Reddy, for reasons not known to the outside world, is playing into the hands of Chandrababu Naidu and today, with 20 MLAs on his side, the TDP chief had become a giant monster.

ALSO READ:  #Sponsored: Amazing Gifting Options You Can Vouch For This 'Diwali In Hyderabad'

It is a fact that Naidu has the support of two news papers and four TV channels to take his point to the people, besides the social media.

But there are several other news papers and TV channels, besides the Sakshi group, for Jagan Mohan Reddy to make use and counter Naidu’s campaign.

Unfortunately, Jagan Mohan Reddy had failed and does not allow any media to reach him nor makes himself available to the media.

Naidu’s men are placed in all institutions, including judiciary and executive, the two other pillars of democracy and they are ready to help him at any cost.

They, the sleeper cells of TDP and Naidu, go to any extent to please Naidu, even if it amounts to violation of the service rules or procedures.

Knowing this well, Jagan Mohan Reddy neither made an attempt to counter these sleeper cells or have his own.

The opposition parties have no representation in the Assembly, but are very active in the midst of the people. The Left parties are vocal in targeting the government and going to the people building a negative image for the government.

The Jana Sena and its chief Pawan Kalyan have some considerable following and the media backs them whenever they target the common enemy – Jagan Mohan Reddy.

Leaving the Jana Sena, Jagan Mohan Reddy should not have given the chance for the Left parties to reach out to the TDP despite the government implementing pro-poor welfare programmes.

He never invited the Left for consultations or any ceremonial meetings to keep them in good humor and thus give no scope for the TDP and Naidu to use them. But, Jagan Mohan Reddy allowed the TDP to align with the Left and gain strength.

The 151 against 23 is too large and strong in electoral politics only if the leader understands the politics.

But Jagan Mohan Reddy, refusing to recognize the presence of the three other pillars of democracy, is helping the weakest rival to become strongest and set agenda for the government. #KhabarLive