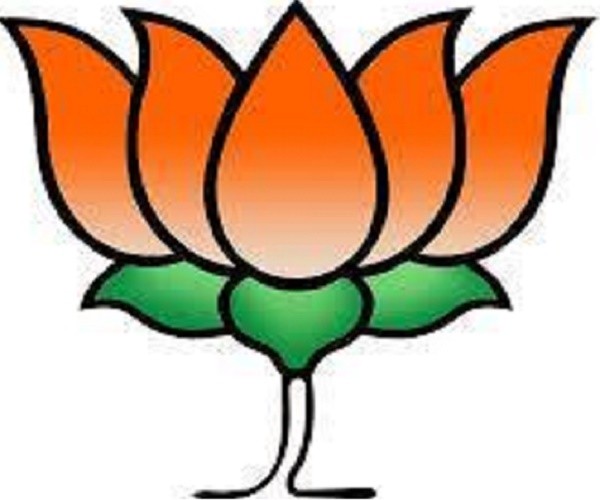 The Bharatiya Janata Party (BJP) rules in 19 out of the 29 States in India. It is poised to cross over to power in 24 States by next year. Going forward, the short-term vision of it is certainly to bring all 29 States under its rule. It will be possible either on its own or through alliance in about three to four years.

This relentless passion to govern the entire nation both at the Centre and at all States is not risen out of lust for power. Rather, the quest for power is risen out of sincerity of purpose to protect and serve India’s and Indians’ interest above everything else. The BJP’s urge to govern this nation in entirety rises above the pettiness of family ownership, corruption, nepotism, abuse of power, and willful misgovernance.

It is quite unfortunate that India – being the largest functional democracy in the world – is in such a situation even after 70 years of Independence that there is not a single party except the BJP that can claim to be above petty political expediency in its quest for power. History is a testament to this fact.

The BJP stands tall as the only party which is competent to govern, with clear intentions to serve the weakest and poorest Indians. The BJP is the only legitimate and professionally run organisation that is not led and driven by selfish interests of a family, a fascist individualist, or a few immature cronies with an extinct ideology. All other parties in India will certainly fall in to either of the above categories.

As of now, it is only the BJP which can safeguard this nation’s Constitution, drive the nation towards sustainable and inclusive growth, and protect its integrity and sovereignty. This is how most Indians across the nation aspire and feel today, going by the consistently rising support for the BJP leadership year after year. There is no other party which can claim the legitimacy of purpose, clear intentions, uncorrupt governance, galaxy of competent national leadership, and the ‘Nation First’ ideology, which the BJP inherits from its 39-year eventful political legacy. The successful BJP-led State governments’ track record and now a national government’s track record exemplifies and establishes that it is only the BJP, which can walk the talk.

Telangana State needs the BJP ruled government sooner than later. Such is the dire need of the people of Telangana. The BJP’s rise in Telangana State is imminent; it is just a matter of time. Telangana people across the State from different demographics are silently aspiring for a massive change – the change only the BJP government can bring.

It is not natural that a first-time elected government of a regional party loses faith of its own people so easily; unfortunately, the TRS is losing. It is losing ground fast purely by its own making for a singular reason, utter, visible, and willful misgovernance.

Telangana is the youngest State of the Indian Union. It is formed after 60-year-long struggle for statehood. Many sacrifices were made and lives lost in the historic resistance for separate statehood from the united Andhra Pradesh. The fight was for equal rights. It was for water, employment, and resources, which were being denied in fair proportion to the region of Telangana by very powerful rulers from the merged State of Andhra Pradesh.

The entire movement from 1960s to 2014 was about abject poverty, lack of agricultural infrastructure, lack of developmental funds, lack of employment, and issues relating to cultural identity, equal opportunity, and freedom of expression to protest.

The reason for such quick loss of faith on the incumbent State government run by K Chandrashekar Rao is quite clear. He was one of the key protagonists, along with Telangana people, who fought for the above-mentioned issues that were anticipated to solve after the statehood. However, their dreams were shattered, right after first few years of attaining complete statehood, by the first elected government of Telangana State.

The speed with which Chandrashekar Rao and his TRS have let the Telangana people down has dismayed even his distracters and Opposition parties in Telangana State. It is not easy to slide down so fast in the eyes of loyal followers and voters. The TRS has surely achieved this huge feat very soon through its dismal governance.

Chandrashekar Rao is leading a failed government. He has failed miserably with his incompetence to govern and administer Telangana State. He is quite competent at theatre politics; however, his lack of administration and governance capabilities has been thoroughly exposed to the people of Telangana State.

Telangana people needed good governance and people-centric governance. That is the least they can expect from their first State government, after all the hardships they had faced during the period of struggle for statehood.

Telangana people were expecting a government with vision and empathy, which would plan for long-term outcomes and invest into agricultural infrastructure, irrigation, road connectivity, homes for poor, industrial infrastructure, employment through skill development, betterment of education, and medical infrastructure.

They were expecting short-term welfare and long-term inclusive developmental initiatives to better their living standards. They were hopeful that a separate State would better their livelihood opportunities and fulfill their aspirations of better life than earlier. However, the people of Telangana have been thoroughly disappointed in the first four years, with willful misgovernance by Chandrashekar Rao. The TRS government led by Chandrashekar Rao has neither vision nor direction. His government is ‘as ad hoc as it can get.’ It fails at basic governance standards and best practices. Its explicitly autocratic and atrociously incompetent, to meet the basic aspirations of the people and fundamental expectations of a democratic government.

His entire administrative system seems to be dysfunctional with neither a legitimate and functional system, process, tasking, accountability nor a reliable review mechanism. By the way this government is functioning, it is evident that none of the Council of Ministers is either authorised or competent to make any decisions on their own and hence have zero accountability.

The entire government is being run by Chandrashekar Rao and just a couple of his family members. No arm and branch of the State government seems to be operating freely by competent authority or independently without special interest’s intervention.

Chandrashekar Rao operates from his home not from the State secretariat and most of his Ministers follow the suit. Most of the administrative officers across departments are clueless on their roles and responsibilities, especially after the disastrous district reorganisation that randomly turned 10 revenue districts into 31. The unprecedented unilateralism, adhocism, and misgovernance have rendered the government immobile and disoriented.

Chandrashekar Rao led Telangana State government has failed in all areas and departments of governance. Agriculture, which is naturally overdependent on the State government’s timely interventions, is the worst hit. The farmers of the State are experiencing a nightmare in the last four and half years of this government. This State has experienced unprecedented number of farmer suicides in its tenure.

The lack of crop planning support, lack of marketing support initiatives, failure in monitoring crop yields, and lack of fund allocation for extending bonus or other forms of market interventions have caused havoc to the lives of poor farmers in Telangana State. The ongoing distress of mirchi farmers is a live example of the colossal failure of the TRS government.

Whether it is education, health, civic infrastructure, city or rural roads, irrigation, or agriculture, the State is reeling under severe mismanagement. The new districts are a hogwash and have disrupted even the little evolutionary growth, which was naturally due in rural Telangana. Unemployment is unattended and most of the projected industrial growth is stunted.

People of Telangana, just as in all other States being ruled by these type of family enterprises, are aspiring for a massive change and they want it to landfall sooner than later. The BJP stands as the only reliable and legitimate alternative for all those who are fed up of these power monger parties, which have no sincerity in serving people through good governance. Parties like the TRS are only behind perpetuity of power for petty political expediency and self-interests. They have neither interest nor stakes in upliftment of the poor, deprived, forgotten classes, and sections of people.