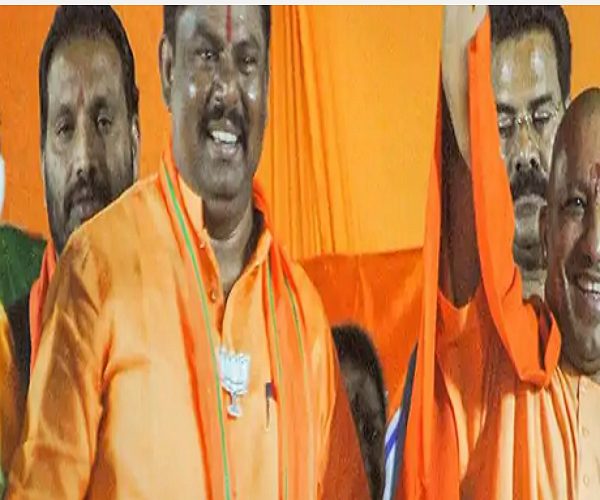 The Bharatiya Janata party was able to win just one seat in Telangana, which will come as a disappointment because it was expecting to build on its previous tally.

Though the Bharatiya Janata Party (BJP) has had a historically limited presence in the Telugu-speaking states of Telangana and Andhra Pradesh, the fact that it is likely to win just one seat in the former will be seen as a big defeat of its politics.

The TRS sailed to an easy victory and looks set to capture almost 90 seats in the 119-member house. While the opposition alliance led by the Congress also performed poorly, it is nevertheless the BJP that is emerging as the biggest loser.

The BJP had won five states in Telangana’s first assembly elections held in 2014, and was hoping to build on this. The party went all guns blazing during its campaign, with Prime Minister Narendra Modi, Amit Shah and UP chief minister Adityanath addressing rallies in the state. However, voters have not responded positively.

The party’s state president K. Laxman lost the Musheerabad constituency and former president G. Kishan Reddy also lost in Amberpet. Its two other incumbent MLAs – N.V.S.S. Prabhakar from Uppal and Chintala Ramchandra Reddy from Khairatabad – also lost. Controversial leader T. Raja Singh, the Goshamahal MLA, is the only incumbent who was able to retain his seat.

During the party’s campaign, observers noted that its rhetoric was out of sync with the state’s political discourse. The party focused on issues such as free pilgrimage to Sabarimala temple and playing up anti-Muslim sentiments. Other parties such as the Telangana Rashtra Samithi (TRS) and the Congress instead talked about the aspirations of the people, summed up by the slogan “neellu, nidhulu, niyamakalu (water, funds and employment)”.

ALSO READ:  Why A 'Large Number' Of 'Physically Challenged' People May Not Be Voting In Telangana Elections?

In the 2014 elections, the party was able to garner a vote share of 7.1%. According to the Election Commission of India, the party was now able to receive only 6.9% of the votes (which may alter slightly once the counting is complete). While this does not seem like a significant reduction, one must recollect that the party had entered into an alliance with the TDP in 2014. It had only contested 47 seats. This time around, the party contested all 119 seats in the state, but its vote share has decreased or is likely to stay stagnant.

The party’s state unit has long been struggling with internal disputes, which could have sabotaged its chances further. The party tried to parachute Swami Paripoornanda, a controversial seer, to pilot its campaign. But even this move did not yield results.

While this loss might not be as significant to the party as being thrown out of power in the Hindi heartland states, it will nevertheless come as a disappointment. The party was looking to expand beyond its traditional base, but has failed to have an impact in Karnataka and Telangana, the two recent state assembly elections in south India. #KhabarLive