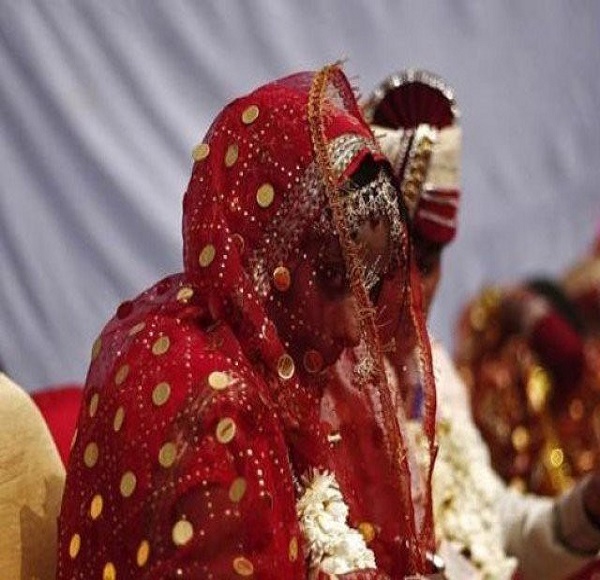 For the past few months, the Kanjarbhat community in Maharashtra has been engaged in a battle that pits tradition against education and fundamental rights against dogged customs.

The Kanjarbhats, a denotified tribe from Maharashtra, practice a custom called ‘gun jiti’. As per the custom, a bride’s virginity is tested by looking for blood stains on a white sheet after the wedding night. The sheet is checked by the family and the groom has to declare before the elders whether the bride is a virgin.

Kanjarbhat lore says the custom was established centuries ago during the nomadic days to protect girls from prying eyes. Its application in 2018, with much of the community living in urban areas – like Pimpri-Chinchwad in Pune, Ambernath near Mumbai and Kolhapur – remains contentious.

Community elders proudly claim the custom has existed for 400 years. Advocate Moorchand Bhat, the former chairperson of the All India Kanjarbhat Association and part of the Jati Panchayat, insists it is no different from any traditional wedding night. He calls it a “Lakshmana Rekha (boundary)” for the community’s girls.

But a group of young Kanjarbhats have challenged what they say is a regressive custom and an affront to privacy. Vivek Tamaichikar, studying regulatory governance at the Tata Institute of Social Sciences, Mumbai, sees the virginity tests as “a way to control sexual behaviour of the women in the community.”

Tamaichikar is engaged and when he and his fiancé decided they did not wish to undergo this custom, they approached family elders, but in vain. He responded by setting up ‘Stop the V Ritual’, a WhatsApp group of about 60 like-minded people. The Jat Panchayat, however, is unhappy at his stand and his methods of raising awareness through the media.

Why keep the custom alive?

Many older Kanjarbhat women support the custom, also mentioned in a book of laws published by the Jat Panchayat groups in 2000, which details rules about traditional customs.

“This pratha (custom) has been going on for many years and I don’t know why it is in newspapers now. What do outsiders know about our customs? We have all gone through it and it is a custom we are proud of,” says an elderly woman from Bhatnagar in Pimpri. Her family doesn’t want her name published. “Hume is pratha se koi taqleef hi nahi hai (We have no problem with this custom),” adds the woman’s daughter-in-law.

Tamaichikar attributes the panchayat stronghold and people’s belief in customs like these to ghettoisation. “People tend to stay together in one area and cultural ties are tight. Even if some wish to go against it, their family is pressurised by the panchayat and there is a fear of social boycott, which means they would not be spoken to, invited to social functions, given advise on matters of dispute, etc. That’s a strong instrument the panchayat has in their hand.”

Shakuntala Bhat heads the Maharashtra chapter of the All India Kanjarbhat Women’s Association. As a woman, she admits that the custom is not right. But she is quick to counter that as a social custom it is needed. “The community has come a long way from being part of criminal tribes during the British rule and we have lawyers, doctors and government officers but many women are still not educated enough to take the right decisions. Such customs are needed to keep them within a certain boundary.”

The Maharashtra Andhashraddha Nirmoolan Samiti has been working to end the custom for years and Milind Deshmukh, its chief secretary, says the lack of ‘protesting voices’ is due to the fear of boycott. “It is a baseless one since Maharashtra is the only state to have passed the Prohibition of People from Social Boycott Act 2016. People need to be educated about the law.”

Krishna Indrekar, director with the State Charity Commission, was ostracised when he ignored the custom and had a court marriage in 1996. “The panchayat takes money to approve things and have kept people under control through boycott threats and superstitions, which is why there have been no complaints filed with the police over the years,” he alleges.

Bhat insists that there are no boycotts or beatings and there is no penalty enforced even if a girl “fails the test”. “We just counsel the couple and advise them to lead a happy life instead.” He adds that the panchayats do not demand money either. “During the wedding, the panchayat members are given Rs 300 each as dakshina, that’s it.”

Some younger women from the community tell a different story. Sonal*, 24, an engineering student in Pune, has two older sisters who are married and have undergone the custom at their parents’ insistence. “While the Jati Panchayat doesn’t wait outside the room, the virginity test does happen and there is social pressure to go through it. The women remove the bride’s jewellery and any sharp objects from the room. The boy is sent inside with a white sheet. If by any chance the bride doesn’t bleed, there is a meeting fixed with the community elders and a penalty paid to approve the wedding.”

Priyanka Tamaichikar, 26, works in a Pune firm and is part of the WhatsApp group. She is also one of the very few women from the community to openly speak about the issue. “It’s a character test. If you ask girls from our community how their wedding was, very few would say they enjoyed it as everyone is under pressure and trauma about the result.”

ALSO READ:  Why 'Women Political Prisoners' are Being Tortured in India’s Jails?

According to Priyanka, lack of sex education and several underage marriages mean very few girls and even older women are aware that a hymen can rupture even due to natural causes. “It’s an extremely traumatic public process for every girl.”

Is a change underway?

College education, exposure and social media have brought about a change in some young Kanjarbhat girls, many of whom don’t want the virginity test when they marry. But few are ready to openly bell the cat.

Shakuntala disagrees with the public method adopted by Tamaichikar’s WhatsApp group but admits that there are murmurs for change. “Twenty percent of women in the community, especially young women, don’t want the virginity test to continue. Ek dabi huyi awaz zaroor hai samaj me iske khilaf,” she insists.

When asked why protesting voices haven’t been heard, she points to their patriarchal culture. “Ours is a male-centric society and for centuries, men have been making the rules. Most women in our community feel rules need to be followed and can’t be crossed.”

Sensing the scenario perhaps, Moorchand Bhat says in a recent meeting of Kanjarbhat panchayats in Kolhapur a decision was taken to form an enquiry committee to look into the “right to privacy that the young people are demanding and bring some secrecy into the custom.”

A change, though painfully slow and limited, certainly seems to be in the offing, though for the young people waiting for it, it may not be soon enough. #KhabarLive