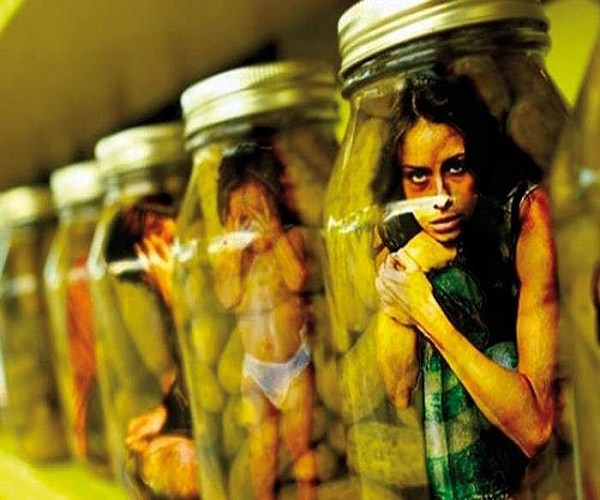 Tracking of the human trafficking network that led to 15 illegal immigrants from Telangana being stranded in Iraq for months, has revealed an intricate web of illegal agents that operate from district, corrupt airport officials, and ignorant police.

Notwithstanding the ban on emigration to Iraq and other war zones such as Libya, everyday at least 20 people from Telangana reach these countries via Hyderabad, Delhi and Dubai on visit visa bypassing ‘e-migrate’ system.

Most hail from Nizamabad, Adilabad and Karimnagar districts of Telangana. On Tuesday, 14 of the 15 victims will land in Delhi.

Kuppu Madhu, a private medical practitioner (quack) from Thorlikonda in Jakranapalle Mandal in Nizamabad returned from Erbil in Iraq. Narrating the story of his illegal immigration to #KhabarLive, he told how he went to Dubai on a visit visa, and then to Erbil with agents bribing officials at different airports to ‘push’ them out of immigration.

Madhu said, “An agent named Rajender from Chittapur in Balkonda Mandal, collected Rs 1.5 lakh each from 20 of us from this area. We were given two tickets and two visas. At Hyderabad immigration, we were asked to show a ticket and visit visa to Dubai. At Dubai airport, where we spent two days on the premises, we showed the visit visa and air ticket to Erbil. I was told that I would be given work in a hospital, but I was given work as a labourer at a construction site. I worked there for one year. Unable to bear the harsh working conditions, I returned.”

Illegal immigrants are caught in a vicious cycle of debt as most take loans to pay the agents. They have to accept whatever work and salary that comes their way as they have to repay their debts.

Pulla Sayanna, a worker from Nizamabad, who was stuck in Iraq told #KhabarLive over the phone how an agent, named B Narender, collected Rs 1.3 lakh and sent him on a visit visa to Erbil from Hyderabad via Dubai. “One Vijay Acharya of Argul in Nizamabad is an agent in Erbil, but he duped us and failed to give us work. We ended up as illegal immigrants as our three months visit visa expired. It has been five months since,” he said.

Ground verification revealed Vijay Acharya of Argul in Nizamabad is the key agent who aided the human trafficking racket to Erbil. When #KhabarLive visited his house in Argul, his relatives in the neighbourhood locked their house and fled within minutes. Neither B Narender, a local agent, nor Vijay Acharya in Erbil, have been booked by the police.

Another victim of trafficking, G Sandeep, who returned recently to his village Lakshmapur in Jakranpally told , “I went to Dubai from Hyderabad airport on a visit visa. I stayed in Dubai for 10 days and then went to Erbil. I was given lodging in a room for two months. There were 25 to 30 Telugu speaking people in the same camp. For two years, I worked there at the salary of Rs 20,000 per month, overstayed illegally, and returned home.”

The racket has been operating openly, but Nizamabad police have failed to take action despite NRI affairs wing of Telangana writing to it for a crackdown. Ministry of external affairs, though aware that a large number of people are living illegally in the Gulf, cannot quantify as “no clear data in this regard is provided by the host governments”. #KhabarLive