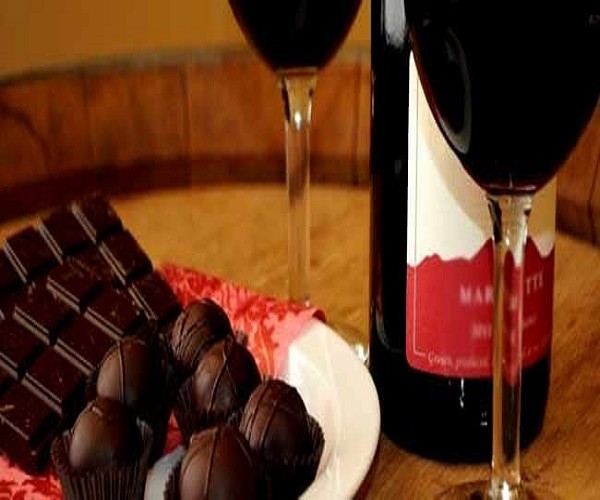 ‘Liquor chocolates’ are becoming the new high in Hyderabad as many buy these especially as gifts for newly-wed couples. As the name suggests, these are chocolates containing a dash of liquor.

The taste and the price are decided on the type/brand of liquor added to the chocolate. Keeping in consideration, the rising demand, shopkeepers in the city are bringing in stock from as far as Denmark via Delhi to Hyderabad and selling them in malls and gift shops.

However, one requires a liquor license to sell liquor chocolates in Hyderabad. Selling this form of chocolates could land people in trouble as Telangana Prohibition and Excise department officials clarified that the sale of liquor chocolates is an offense under Section 34(a) of Telangana Excise Act, resulting in a punishment ranging from three to five years of imprisonment.

According to the officials, certain shops in the city, particularly the gift and novelty shops, are selling the liquor chocolates to the public without acquiring the necessary permissions from the department. Selling liquor or liquor product without any license is liable to arrest and prosecution under the Telangana Excise Act.

Last week, the Prohibition and Excise Department seized 1,081 liquor chocolates which were manufactured and sold in the city during raids conducted at Abids and Ameerpet. They seized chocolates containing rum, whiskey, vodka and other forms of alcohol from the store at Abids and a residence in Ameerpet where it was being manufactured.

ALSO READ:  Why To Worry About 'Deepfakes' Affecting The Upcoming Election In India?

With 13 varieties including truffle, Irish cream truffle, chocolate cocktails, strawberry in champagne and raspberry in orange liquor, these chocolates, packed in 96 boxes, were imported due to the high demand from customers. The authorities arrested Gollapally Sreedhar for preparing these chocolates locally using various brands of liquor.

A case was registered against a gift shop in Abids, a chocolate distributor in Siddiamber Bazaar along with a Delhi-based supplier, Rajanish Kumar & Sons.

Assistant excise superintendent N Anji Reddy stated that some wholesalers are getting the products from various distributors across the country and selling it to local businessmen while others are locally manufacturing without permission and supplying to the market which is really dangerous as they are not aware of the composition or the ingredients.

ALSO READ:  The 'Brutal Summer Heatwaves' Are Coming Again To Shake The Globe?

While the officials are putting in efforts to stop the liquor chocolate distribution, their sale continues on social media platforms. Many selling the chocolates online are unaware of the law.

These days, a quick search on Facebook leads you to find a chocolatier, who is willing to sell you customized liquor chocolates. A box of liquor chocolates contains 10 to 12 chocolates with the base price of Rs 300 and the price is higher depending on the choice of liquor.

Calling it illegal, the State Excise Department officials are initiating a crackdown. #KhabarLive