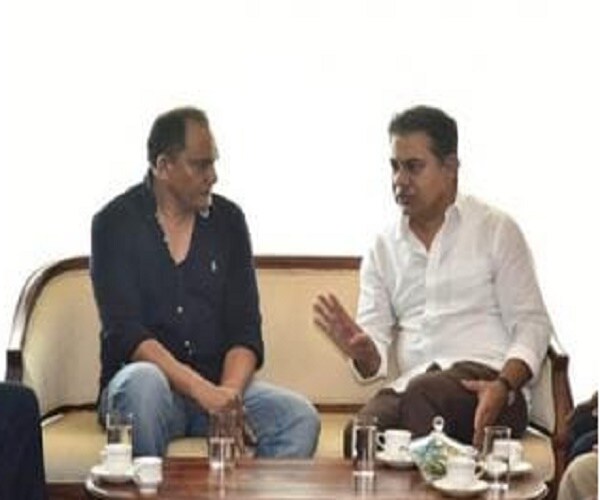 The AIMIM or Majlis party supremo Asaduddin Owaisi, who is a best friend of Azharuddin play a vital role in collaborating with him closer to TRS party to internally strengthen the socio-political relations in present scenario.

Former Indian captain Mohammad Azharuddin is now all set to join the TRS. He has already been elected the president of the Hyderabad Cricket Association with the help of the TRS.

In fact KTR has taken unusual interest in the HCA elections and was very particular about defeating former MP G Vivek. He had personally called up several voters during the HCA elections and told them to support Azharuddin and his panel. Soon, Azhar is set to meet KTR and formally announce his joining of the TRS.

But, it is now emerging that behind Azharuddin’s joining of the TRS is the quiet work done by MIM supremo Asaduddin Owaisi. Asad is a great friend of Azhar and the latter’s sympathies with the MIM are well-known. When the Congress made an effort to pit him against Asaduddin in the past , Azhar stoutly refused and stayed away the elections.

Azharuddin was a Congress MP from Uttar Pradesh. The local Congress believed that he would be able to wean a section of Muslim votes in Hyderabad away from MIM. But, Azharuddin did not oblige . He steered clear of the dispute. #KhabarLive