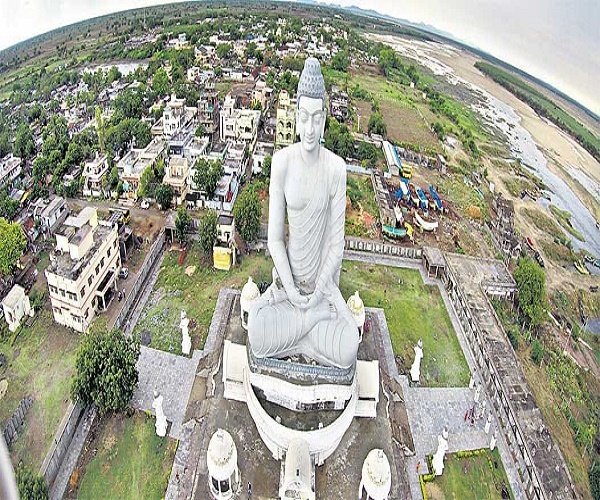 The bifurcation of erstwhile Andhra Pradesh State is not like the division of States existing at the time of independence. It’s a demerger of States created after independence which was necessitated because of the continuous incompatibility between the two merged regions.

Since the Andhra region continuously opposed the demerger, it was naturally uncomfortable for the Andhrites. They say the division was unfair to them and find fault with its process and provisions. The maiden government of Andhra Pradesh has created a big political agenda on it. In contrast, Telangana was delighted and just went about developing the new State while enjoying its new-found political freedom.

Different Demerger
Unlike other original State divisions, this demerger was dealt with differently. In addition to adopting the time-tested draft provisions in the State bifurcation, certain extra monetary and infrastructural garnishments were added to it. Most of them such as a joint capital for a 10-year period, a mega national irrigation project, a special deficit grant, a special grant for the construction of government building infrastructure in the new capital, sanctioning of several national institutions and promise of many mega infrastructure projects went to the residual AP. Telangana got only a few token benefits as if to indicate that granting a separate State in itself was a big boon to it.

Despite many embellishments in the AP Reorganisation Act (APRA) to mollify AP, its maiden State government did not take to the division kindly. Leaving aside many ameliorating provisions, the ruling TDP indulged in a great deal of politicking and sought more concessions like special category status. Initially, the NDA government was supportive of its ally without understanding its implications.

The State government without regard to the State’s economy dreamed of creating a world-class capital in a hurry with the help of foreign direct investment (FDI) and made a big brouhaha about it. The BJP-led government in the Centre unwittingly encouraged the state to indulge in such extravaganza.

After wasting a few years and scarce resources of the State on it, they faced its impracticability. It has also boomeranged on the Centre. The AP government started demanding heavy financial assistance from the Centre in place of the failed FDI. Certain misgivings cropped up between them in the utility of central funds. The relations between the two deteriorated to the extent that the TDP came out of the NDA and started making BJP a scapegoat for its failures.

Defining Progress
Telangana got a slight revenue surplus economy as its full revenue was made available to it for the first time because of demerger. AP inherited a deficit budget. This and the attitudes of two maiden governments have defined the progress of two States.

The Telangana government went about its task of consolidating the State with its own resources. It devised a mixed development model of welfare and infrastructure without unduly worrying much about the APRA and the Central assistance. It went about increasing its revenue to its balanced revenue budget.

Using its resources as per the FRBM rules, it launched ambitious capital investment projects and reached out to all sections of the people with welfare schemes. Its efficacy was exhibited in the resounding win of the TRS in the December Assembly elections.

Bubble Bursts
On the other hand, the maiden AP government of the TDP started its governance with a vainglorious agenda of world-class. It hyped and played on the emotion of public resentment to State division. But the impracticable hyperbole has failed. Its world-class capital plan came unstuck. Its construction of mega irrigation project of Polavaram has run into rough weather.

The mismatch between revenue receipts and expenditure continued. Many promises could not be implemented. Its FRBM and fiscal management have come into severe strain. The TDP, to divert the public attention from its failures, resorted to negative politics of blaming the Centre, its opposition and Telangana.

Sticking to Basics
In fact, there was no need for such a pompous approach for residual AP, which had a big revenue deficit. Like many other States, which were divided, had AP stuck to the basics of State-building it could have made big strides in the last five years. If it had used the special provisions granted to it under the APRA and the devolution of Central taxes and grants-in-aid – which were twice that of Telangana — judiciously, the progress could have been very substantial.

But the AP government wasted its precious resources on unnecessary things and got stagnated in the process. It is a case of much ado about nothing. On top of it, the TDP needlessly continued to meddle in Telangana and tried to put breaks on its progress and blamed Telangana for its own failures. It also played negative politics with its NDA ally BJP and jeopardised its potential partnership, which could have helped in the development of the State.

In all these, the Andhra media played a deleterious role. The combination of the TDP and its captive media is creating all the sludge that is messing up the progress of AP and trying to put spokes in the momentum of Telangana’s progress. This needless hostility towards Telangana is also not helping AP in any way.

The people of Telangana have weathered their propaganda and taught them a good lesson in the recent elections. #KhabarLive