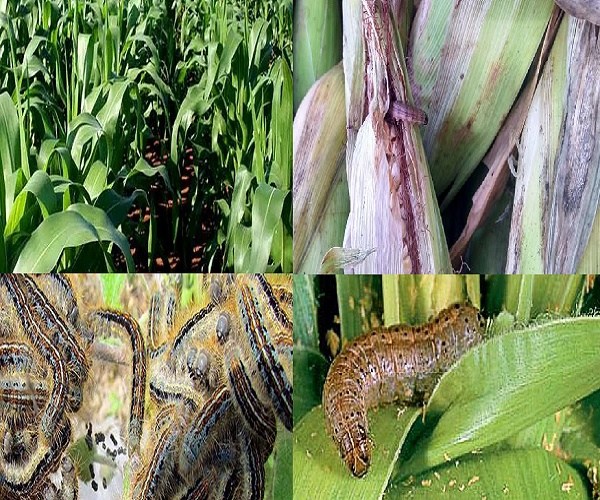 Farmers in Telangana, who a decade and a half ago used to follow crop rotation, had switched to maize owing to factors like assured market, short crop duration, more returns and its ability to grow in all seasons. Soon the area under maize cultivation in the state increased to around 5 lakh hectares. Little did the farmers know that this monocropping practice was preparing ground for disasters like Fall Armyworm (FAW) attack.

Now, farmers are destroying their crops after the pest, which the locals call Kattera Purugu, ravaged it. They are switching back to other crops.

“Once this area was a haven for chilli, but vagaries of the market played havoc with chilli farmers. They then abandoned chilli and adopted maize which looked promising. Maize is one of the three crops of the minimum support price (MSP) regime that thousands of farmers embraced. Now the vulnerability of maize has also been exposed with the FAW attack upsetting the precarious economy of small and marginal farmers,” says Mora Sudarshan Patel of Kuntala mandal, Nirmal district, who destroyed two acres of the crop.

Kadam Avadhuta Rao of Penchikalapadu, who destroyed maize grown in three acres, is distraught because all his efforts to control the pest with expensive pesticides have been useless. Also, no alternative crop is available with the incentives maize offers. “I can’t live with maize nor could I go in any other crop,” says Rao.

The situation in Nizamabad district is even worse. The FAW hit their crops while they were already on a warpath demanding MSP for red jowar and turmeric. Aleti Naveen Reddy of Mantena village, switched over to red jowar after his three-acre maize crop was destroyed by the pest. “I could not control FAW despite spraying expensive chemicals. So I thought it would be wise to destroy the crop and go for red jowar, which is the only alternative crop available in our area. But the crop is also not fetching good prices,” says Reddy while adding that as much as 100 acres of maize has been destroyed in his village.

What is alarming is that the deadly FAW has started hopping on to other crops as well. The DNA bar-coding test of 44 samples collected from as many as eight districts has confirmed that paddy, chick pea, jowar and groundnut are under attack.

ALSO READ:  Maharashtra’s Budget Explains Why Its Farmers Are So Angry?

The state has declared an all-out war against the worm. Though the extent of crop loss is not available officially, Ramanjaneyulu, scientist and director, Centre for Sustainable Agriculture, who studied the pest extensively from the economic perspective, puts the loss at 30 per cent in kharif season.

Scientists opinion on how to cope with this disaster is more confusing than helpful. While one says maize can over the damage caused by FAW, the other says switching to another crop is a farmer’s best bet.

M Lavakumar Reddy, principal scientist (maize), PJTS Agriculture University, and director of the Maize Research Centre, said the active involvement of the farming community can successfully help control the pest in some areas. He added that farmers must not panic as a maize plant has the capacity to repair the damage a pest causes.

On the other hand, Ramanjaneyulu suggests that migrating to other non-susceptible crops is the best way to control FAW. Moreover, he thinks the pest attack is the perfect opportunity for migration. “It is high time that farmers are weaned away from maize monocropping practice. Prolonged monoculture, supported by powerful pesticides, has destroyed the natural enemies of the pest. Long and dry spells coupled with too many bouts of overcast sky have made maize susceptible to pest attack. Enough is enough, the government should encourage farmers to migrate to pulses and oil seeds before it is too late,” says Ramanjaneyulu.

C Parthasarathi, principal secretary, state agriculture department, believes the foreign pest has thrown up a challenge before the scientific community. “The pest’s behaviour varies from region to region and season to season. Scientists should study it in different environments and come up with a forecast for every season,” he said. “The ball is now in the court of agricultural scientists,” he added. #KhabarLive