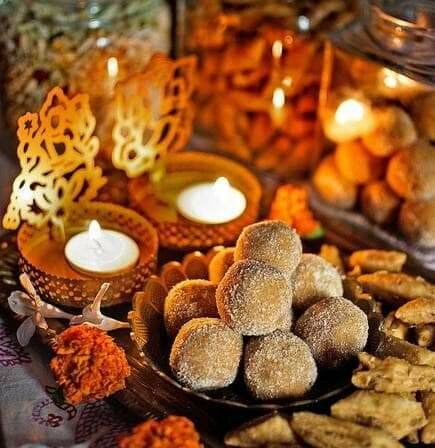 Deepavali, a festival of sweets, lights and gifts. Homemade sweets and savouries have a lot of takers this festival season. Hyderabad home chefs are taking front step in selling original sweets in boxes at reasonable prices compared to regular sweet vendors.

Sparklers, crackers and traditional sweets have shaped Deepavali celebrations in Hyderabad. Unlike many places in India, gifting of sweets was not such an important aspect of the festival. However, this year, enterprising home chefs have rolled up their sleeves to roll out gift boxes with a wide variety of sweets and savouries.

Homemade eats, sweet and spicy, packed in attractive boxes are hotsellers on their social media pages such as Facebook and Instagram.

The boxes are mostly purchased in bulk by public and private sector undertakings, corporates and business enterprises to be gifted to clients and customers. However, the chefs claim that there has been a huge increase in orders from individuals as well. “I have been selling boxes for the last two years and there weren’t many home chefs in the fray then. But Deepavali celebrations have never been this big before, with many home chefs coming forward with their special treats. As for me, the orders have gone through the roof, which I wasn’t prepared for!” says Swapna Reddy.

Both veterans and budding home chefs have their hands full. While some have gone solo, a few others have made it a joint venture. Soumya, Deepa, Bindu, Surekha, Vanaja and Rajini, had met on a “foodies’ group” on Facebook.

“Each of us has made something special. We are overwhelmed by the response because people have placed orders for more than one box to give as gifts to friends and family members. Deepavali has never been so special for us,” says Soumya.

The biggest draw for them is the tagline ‘homemade’ itself, says Priya Rao, who has brought five other home chefs on board. “Even though I had sold boxes of homemade snacks on my own last year, this time I wanted to bring in variety. The more the merrier. Although we hadn’t promoted this as a gift option, it eventually turned out to be one. The demand was so much that we had to stop taking orders after a point. Our plan was to sell only 50 boxes, but the number has gone up by several times,” says Priya.

Newcomers Sheeba and Bhagya Lakshmi entered the scene to give it a try. Sheeba says she had been looking forward to making North Indian sweets and savouries for sometime now and Deepavali turned out to be the best time. As for Bhagya Lakshmi, the idea struck her after she received an order for 40 sweet boxes from her husband’s company at Gachibowli in Hyderabad.

The chefs point out that several risk factors are part and parcel of this business. “Sweets have a shelf life and so we can’t prepare them much in advance. We have to ensure that what we sell is fresh. Another aspect is the pricing. All the ingredients are costly, but we can’t afford to charge exorbitant prices to make a profit,” points out Priya.

Nevertheless, Swapna says that her kitchen smells of ghee, cardamom and milk these days. “It is the fragrance of the season,” says Swapna with a laugh, as she is busy preparing and packing Deepavali sweets at her home in Rajendranagar.

As diyas and sparklers light up the surroundings, these chefs agree that the season has been a sweet affair indeed. #KhabarLive