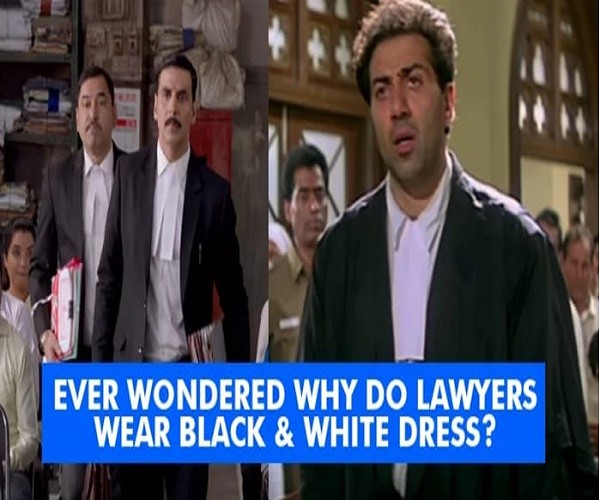 Have you ever wondered why Lawyers wear Black? Is it some kind of a compulsory rule or a long going on the tradition that the lawyers follow it or else got some reason behind it.

There is a dress code designated for most of the profession in our country. Doctors are identified by their white aprons and lawyers by their typical black and white attire. The most peculiar are lawyer’s dress code. Lawyers have a different dress code in different countries.

In India, the Advocate’s Act 1961 makes it compulsory for all advocates appearing in any court to wear a dress that is sober and dignified and which has been dress code even during the British constitution it was never changed in India even after the British left.

Likewise, the dress codes have been modified slightly in other countries as well to conform to local cultural requirements, values, and traditions. But till now may countries follow the old traditional dress code of British i.e black robe and a wig.

The dress code is not only a status symbol, but also brings out discipline among lawyers and gives them the confidence to fight for justice. The dress code also distinguishes the lawyers from other professionals.

Lawyers wear a black coat as they have to defend the case of each of the side and black is the color of defence. And also to say that law is blind. To say that it is only based differentiates on the weight of evidence and not on any other factor. #KhabarLive