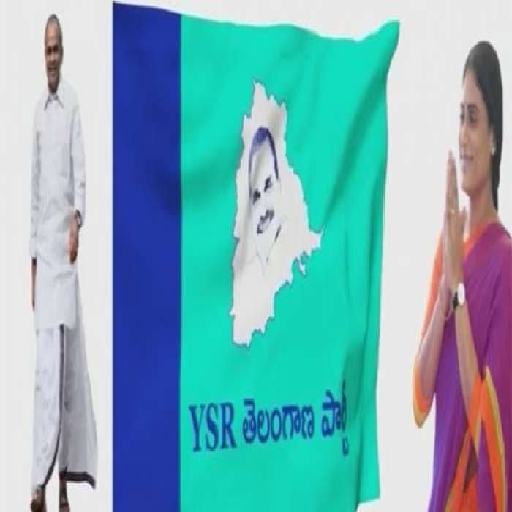 On 8 July, on the birth anniversary of YSR, Sharmila will launch her new party expected to be named YSR Telangana Party in Hyderabad.

As she plans to invoke the ‘glory days’ of her father’s rule, Sharmila is expected to chip away at what is left of Congress’ hold in Telangana, even as she challenges the TRS.

Sharmila’s father Y S Rajasekhara Reddy, was a prominent leader of Indian National Congress. In 2004, he was elected to power as Chief Minister of undivided Andhra Pradesh (Telangana was carved out of this state in 2014). Reddy and Congress won the poll battle for a second consecutive term in 2009. However, on 2 September 2009, YSR died in a freak helicopter crash.

What Sharmila inherits is not just the legacy of five years of his rule in Andhra Pradesh, but also his history as a master politician close to the Gandhi family.

YSR was the first in AP to introduce the schemes of school fee reimbursement and Aryogyasri, which allowed people with limited financial means to get access to education and medical treatment in private institutions on state’s sponsorship.

He was also a close confidant of Sonia Gandhi. In 2004, United Progressive Alliance came back to power in the Centre, ending the first National Democratic Alliance rule, because YSR mustered 34 out of 42 Lok Sabha seats in the state.

Apart from the electoral and governance legacy of YSR, Sharmila also inherits the hold her father had in Rayalaseema, which is a backward region in the residual Andhra Pradesh. YSR was a Rayalaseema leader from Kadapa district.

However, of this cocktail mix of her father’s identities, what Sharmila can currently bank on is the respect he still commands among the Reddy voting block in the Telugu speaking state.

Perhaps, even with the birth of Telangana – after a statehood agitation that lasted for decades and reached its peak following YSR’s demise in 2009 – the Reddys of Telangana have not completely forsaken YSR’s legacy.

Does Sharmila Worry the Congress and TRS?

The Reddys, a powerful dominant caste goup which had enjoyed political power in Andhra Pradesh without opposition till the birth of Kamma dominated Telugu Desam Party in 1982, have been Congress supporters traditionally. After the formation of Telangana, the Reddy voting block have been supporting the TRS, as the Congress was decimated in two consecutive Legislative Assembly elections of 2014 and 2019.

With Sharmila’s entry, the Reddy vote bank has a new leader to look up to. As YSR is very much a part of Reddy nostalgia in Telangana, it has been easy for the Reddys to accept her political entry which was announced in April.

Right before her political entry, Sharmila was accused of being a pawn in the hands of the Bharatiya Janata Party. It was widely believed in political circles that the BJP had masterminded her political foray because it could further weaken the Congress in Telangana. Similarly, TRS was also accused of having encouraged Sharmila, to further affect the Congress.

Y S Sharmila has, however, denied these charges and have been launching tirades against both the BJP and the TRS during her political rallies. Her real aim is to serve the people of Telangana, she has claimed.

Sharmila will have a lot to work towards in Telangana where a non-regional political player is yet to make a dent since 2014. The leader, who invokes the name of her father YSR and flaunts the support of her mother Vijayamma, is considered an outsider in Telangana as she originally hails from Kadapa.

Sharmila, is also up for contest in a state where an established regional political party – Telugu Desam Party (TDP) – had failed because it could not convince the voters that it belonged in Telangana. TDP’s leadership including supremo N Chandrababu Naidu is Andhra based. The TRS could easily brand the TDP as a political party from Andhra.

To dent the regional sentiment, Sharmila will have to sever political ties with her brother and his regional political interests in Andhra Pradesh. For instance, she will have to convince voters in Telangana that she supports the state in its river water disputes (Godavari and Krishna) with Andhra Pradesh. To shirk off the BJP stooge stamp, she will also have to campaign against the communally charged rhetoric which the BJP has unleashed in Telangana.

Moreover, she will have to foreground her caste identity more than her regional identity without alienating non-Reddy voters in the state – a political game which both TRS’ K Chandrashekar Rao and Congress’ Revanth Reddy do with ease.

Should Sharmila succeed in all of this, she will still have to communicate a clear political message. Currently, other than her counter attacks on TRS and BJP, Sharmila’s campaign lacks strong promises to the people. She, however, has time till 2023 Assembly and Lok Sabha elections to carve herself a niche. #KhabarLive #hydnews