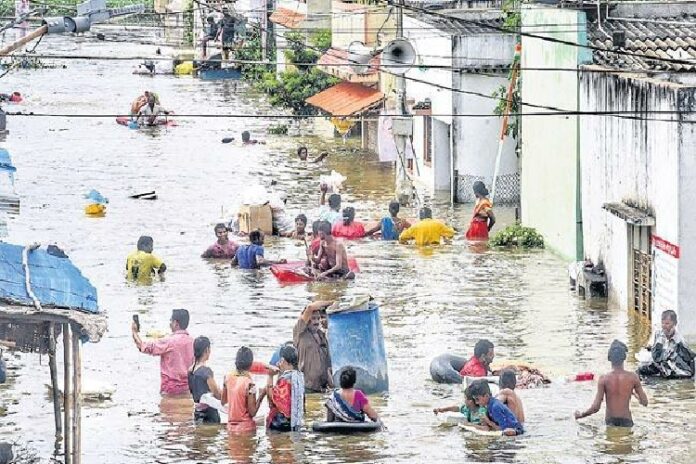 The havoc wreaked by a torrential downpour, with Hyderabad receiving an all-time record of 21 cm rainfall, has posed a big challenge to the municipal authorities who are stretching every nerve to provide succour to the affected people in inundated localities. 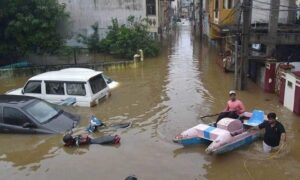 The scale and severity of the rain fury have been unprecedented, though Hyderabad is no stranger to heavy downpour and flash floods. The GHMC has a major task on hand as only 15% of the city’s roads have stormwater drains.

Over 35 places in the city received more than 21 cm rainfall, leading to inundation of over 120 localities. This is the highest ever rainfall recorded in October, beating the previous record of 11.7 cm in 1903. The battering has laid bare the vulnerabilities of the city’s drainage system, which was designed to handle only 12 mm of rain per hour.

Large-scale illegal constructions over the drains, encouraged in the combined Andhra Pradesh in the past, block the natural flow of rainwater, thereby choking the system and leading to flooding. An expert committee, constituted after the devastating flooding in August 2000, had identified 13,500 illegal constructions on lake beds.

This, coupled with poor sewage and waste management, had resulted in reduced holding capacity of the city lakes. It is a legacy problem that needs to be fixed by modernising the drainage system, a task that has already been taken up in right earnest. The government has announced an outlay of Rs 300 crore to cap all drainage channels. It now needs to expedite the task.

The location of Hyderabad makes it vulnerable to flash floods because of the urban heat island (UHI) effect, a kind of heat accumulation phenomenon within the urban areas due to construction and human activities. Since this can be countered by massive plantation, the government undertook the ‘Haritha Haram’ programme in a mission mode with over 50 lakh saplings being planted in the city.

Stormwater drains, constructed during the Nizam’s era, were meant for a population of five lakh and a municipal area of 54 sq km but the city’s population has now crossed one crore and the area covers 625 sq km. The Greater Hyderabad Municipal Corporation (GHMC) has a major task on hand as only 15% of the city’s roads have stormwater drains. There is a need to double the number of manholes from the present two lakh, an exercise that will cost over Rs 1,200 crore.

ALSO READ:  It's The Best Time To 'Reset' The Progressive 'Golden Telangana' Dream! 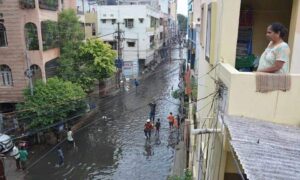 Meanwhile, the rain has stopped. Water levels have receded a bit in some areas while many areas in the Old City and on the outskirts are still under thick sheets of water. Where water has receded, the colonies are full of slush posing health hazards to the people living there.

Though all wings of administration are struggling hard to cope with relief operations, things continue to be bad in many colonies and people have been complaining of not getting any help from the administration. They complain that they have been suffering for over 48 hours without water and food. All their belongings have been damaged by flood waters. Officials say that it would take at least another two days to pump out water from all the colonies.

ALSO READ:  The Last Nizam of Hyderabad, From Untold Riches To Total Obscurity 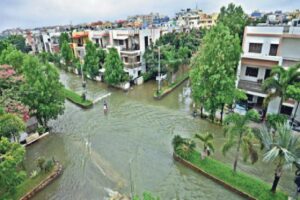 The NDRF teams took up relief measures in affected colonies. The NDRF teams provided food packets to the residents in the flooded colonies. The teams were operating boats in the colonies, shifting locals in Nadeem Colony, Chabra Enclave and other areas in Tolichowki. Officials said that since the drainages are clogged in the area, it would take time to remove water. The team members said that they will not leave until they evacuate everyone in the colonies.

The authorities closed the Hyderabad-Bengaluru highway for the second consecutive day as the roads were under slush. The Cyberabad CP Sajannar said that vehicles were removed from the sludge and repairs were taken up on the Appa cheruvu. The authorities suggested the motorist choose ORR to commute to the airport. #KhabarLive #hydnews