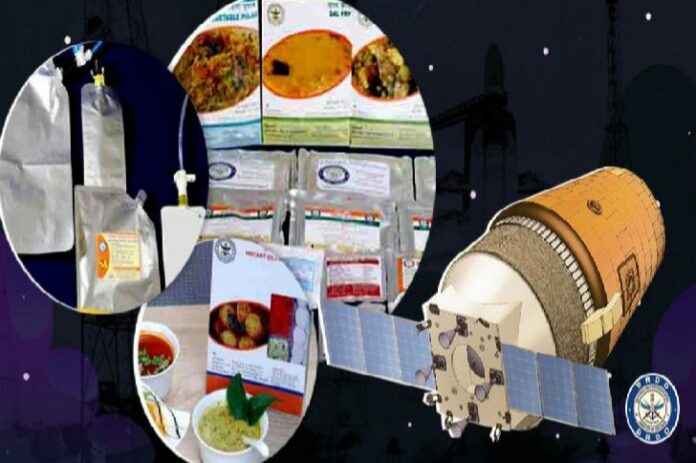 The Defence Food Research Laboratory, a pioneer in developing food products for soldiers at the border, and scientists onboard Antarctic expedition, has finalised menu for Gaganyaan.

Idli, upma or poha for breakfast, biryani or vegetable pulao for lunch, and korma and chapatis for dinner — when Indian astronauts take off for the country’s first human spaceflight aboard the Gaganyaan, they will have a diverse menu to choose from during their stint in space.

Mysuru-based Defence Food Research Laboratory (DFRL), a pioneer in developing food products for Indian soldiers posted at the border, and scientists onboard the Antarctic expedition, has finalised the menu for Gaganyaan.

ALSO READ:  Do You Know The History of 'Rockets'?

Apart from the main course, the menu will offer a portion of sooji halwa or another alternative for dessert, besides many beverages, including an array of fruit juices apart from tea and coffee.

Delayed by Covid-19 pandemic, Gaganyaan is likely to take off in 2022, with a final date yet to be announced. Four IAF officers are currently in Russia undergoing training for the programme.

“It was not easy to compile a list of food that includes cuisines from across India, but DFRL is ready,” said A.D. Semwal, Director of DFRL, a lab under the Defence Research and Development Organisation (DRDO). “The nature of the food would include mildly spicy meals with an extra sachet of spices for those who have a spicier palate.

ALSO READ:  This Chicken Biryani Is 'Hot Favourite' At This Jail Cooked By Prisoners At Food Counter In Kochi

“The food will be dehydrated. In a zero-gravity environment, the astronauts will have to add water in a confined space to the food packet to ensure the water droplets don’t float away and spread around the spaceship,” he added. “Since it’s a short flight of a week, the food could be semi-hydrated.”

While bread can be dehydrated, it has been kept off the menu as it tends to crumble, he added.

The DFRL also developed mango bars for the first Indian in space, Rakesh Sharma, who travelled aboard Russia’s Soyuz T-11 in 1984.

Dr Rudra Gowda, a senior scientist at DRDO, said they have also developed specialised straws for the astronauts to drink water or other liquids. The straws, Gowda said, pull back the droplets of the liquid after a sip or “else it will float away”.#KhabarLive #hydnews