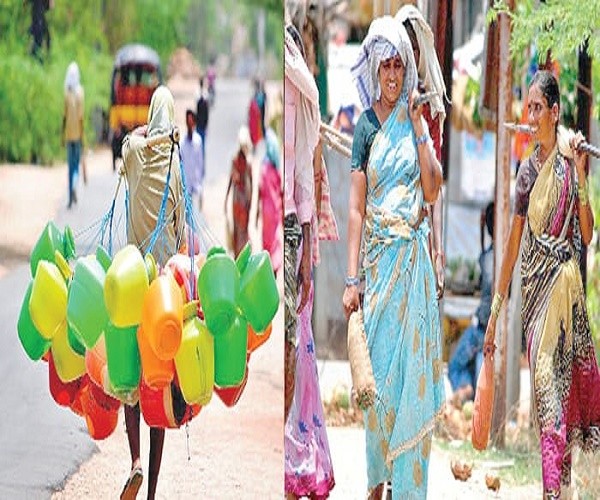 Many villages across the State are facing drinking water shortage even in the monsoon season due to absence of good rains.

Though the rainy season has begun three weeks ago, drinking water sources like bore wells, rivulets and tanks still does not have enough water to meet the drinking water demands. Though the government promised drinking water to all households through Mission Bhagiratha scheme, the works are yet to be completed in many villages.

As a result, the officials of Mission Bhagiratha have set a fresh deadline July 15, for the district-level officers for the completion of scheme works. They are hopeful that drinking water through the scheme to all villages would be supplied by August.

In several villages, the borewells are yet to be recharged and the people are forced to depend on agriculture pump sets for water. The water supply schemes implemented through rivers and rivulets are also facing shortage of water. Water is yet to be released to the canals under the major irrigation projects.

The water levels in some of the reservoirs have not reached the required height. Some are still at dead storage level and emergency pumping is taken up. The Mission Bhagiratha officials have shifted focus on completing the bulk supply works under the programme. The officials held review meetings district-wise and found that all the villages in five districts have been receiving bulk supply.

The district-level officials informed that water would be supplied in bulk quantities in other 10 districts in few days after completing minor works. They exuded confidence that the works in remaining districts would be completed at the earliest. In the villages where the bulk supply works have been completed, intra village works have been taken up. Pipelines are laid from house to house and taps are fitted to house connection. #KhabarLive