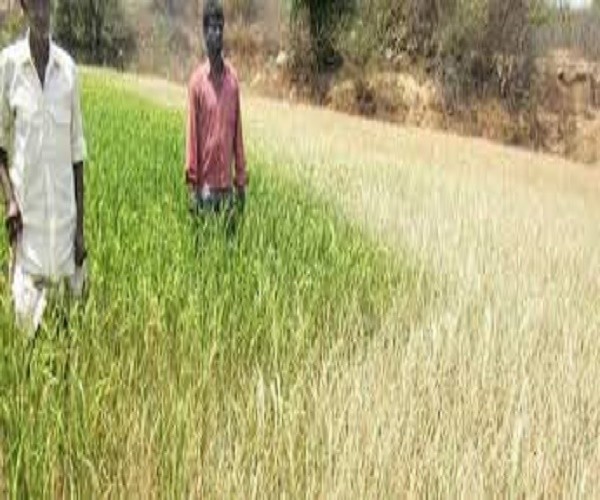 Telangana is facing a strange situation a month after the commencement of south-west monsoon season with standing crops facing severe moisture stress in most of the areas in spite of the total rainfall for June being well over the normal at 146 mm against 125 mm.

The water level in most of the reservoirs under both Krishna and Godavari basins is also poor compared to the storage on July 2 last year, when the reservoirs in Upper Krishna basin in Karnataka have already received over 81 tmc ft fresh water.

At the same time, the cumulative inflows into most of the reservoirs in Telangana so far are much less than last year.

There are reports from many parts of the State — particularly Rajana-Sircilla, Kumram Bheem-Asifabad, Mancherial, Nirmal, Jagtial, Warangal Rural, Karimnagar, Kamareddy, Sangareddy, Medak, Siddipet, Rangareddy, Vikarabad and Nalgonda districts — of seedlings or plants wilting in the initial stages of vegetation. To discuss the situation, the Agriculture Department convened a meeting for Tuesday with agriculture scientists and meteorologists.

Although the kharif sowings have already crossed 25% of the normal area – over 11 lakh hectares out of 43.29 lakh ha – the farming community is seriously worried over the investment made so far for preparatory cultivation and sowing operations, including the cost of seed, fertiliser and labour.

“With good initial rains, we have taken up sowing but the long dry spell of over a fortnight has impacted not only the germination of crops (seed) such as cotton but also the post-germination stage of seedlings due to poor moisture content in the soil,” S. Shankreppa of Sirgapur mandal of Sangareddy district said.

Admitting that the situation is grim due to long dry spell, Agriculture Commissioner M. Jagan Mohan said they were hopeful of a good beginning to the kharif season but the initial joy has given way to disappointment.

“Both the farming community and we (the department) have our fingers crossed looking at the skies for change of fortunes sooner than later,” the official said, adding they were hopeful of favourable weather formations soon.

Inflows into reservoirs, both in the Krishna and Godavari basins, had also raised hopes initially but it did not continue beyond a week last month.

Except in Sriramsagar, the water storage in all major reservoirs in the two basins is much below than what it was last year during the same period. #KhabarLive