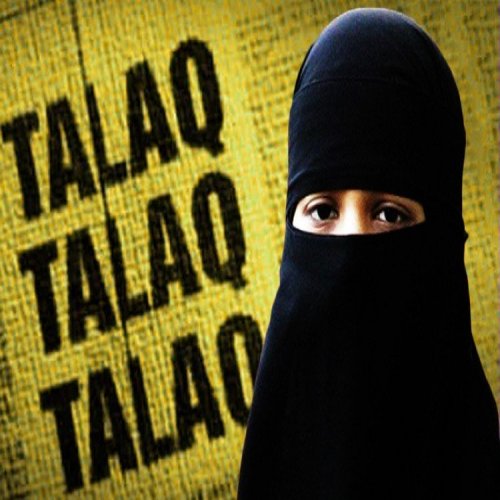 Unwanted or abandoned Wife is about a woman who married a man because she loved him, only to discover later her married her for gain. Women being divorced unilaterally, suddenly and then being left to their devices has been an issue in the Muslim community.

A 26-year-old, Noorain was ‘divorced’ by her husband Aadil, who pronounced the triple talaq and vanished. Noorani is now stranded in Dubai, without a job, dwindling savings and with no way to return to Hyderabad to her family. The pandemic and lockdown have complicated the problem more severely.

A resident of Golconda area in the west zone of Hyderabad, Noorain had shifted with her husband to Dubai in February this year. They had married in December 2018, in Hyderabad.

Till November 2019, she and her husband were both working in different private banks, but he ended up quitting. “He took out all his frustrations on me. I became the sole earning member of the family and was looking after his parents too,” she told #KhabarLive on the phone from Dubai. It was only after the wedding that Noorain found out that he and his family lived in a rented house in Golconda fort area where they had not paid the rent for seven months.

“The beating started two months into marriage,” says Noorain. “He had slapped me then. I warned him not to do that again. He had apologised.”

But the beating became frequent for trivial issues. Sometimes her in-laws hid her phone and “stopped the fight only so that the neighbours don’t hear me”.

Eventually, her husband found work in Dubai. So did she. “I decided we would go. I thought maybe if he came out of Hyderabad, away from the family, he would change,” said Noorain.

Physical abuse was a common narrative of Noorain’s story; the beatings reduced in Dubai due to the physical separation but never stopped, she says. They worked for a month but soon after the lockdown began, they lost their jobs. “His frustrations increased. During the month of Ramzan he did threaten to leave and now he has finally done it.” she says. “I was sick for a few days and that is the time when he left. I took help from the Dubai police but they asked us to sort it out. I also reached out to the Indian Embassy.”

She continues to stay in the shared flat but her savings are running low.

From the day he ‘divorced’ her, Noorain has no idea of her husbands whereabouts. Her in-laws don’t take her calls. Her husband has not spoken to any one she knows, except her brother, Imamuddin.

“In Islam, I have permission to do this. I am fed up with her and done with this marriage. I have said talaq three times and will keep saying it whenever I see her. I have moved on and she should too,” says a WhatsApp voice note her husband sent to Noorain’s brother. He ends by saying, “I won’t return to India.”

“There is no way this marriage has been dissolved. She got married in India and she will get protection here,” says Sameena Yousuf, a Women welfare activist. She refers to the Muslim Women (Protection of Rights on Marriage) Act, 2019, which will help Noorain. “But the high possibility of his not coming back to India is something to look at,” she adds.

Noorain doesn’t know who else to call or reach out to. The helplines remain unanswered. Returning to Hyderabad seems next to impossible, given the scarcity of flights. “Even if they are sometimes available, the tickets are so expensive I really can’t afford them,” she says.

Her bigger worry is what support she would get once back. “I don’t know if my husband and in-laws could be brought to book. I don’t know if I would figure in the priority of the Indian legal system when it is battling a pandemic.”

ALSO READ:  Has Bengaluru Pharmacies Running Out Of Stock Of 'Spike' Generic Drugs?

Sameena Yousuf says that violence against women – like Noorain – has unfortunately never figured in the list of urgent cases for the governments. “After the Unlock procedure is done with, it will be all the more difficult. After this is over I have a feeling that many cases will be filed by women. A lot of men will come to the court and say, ‘Now I am not earning, I have been thrown out of my job, have had to take a salary cut, and don’t have the money to pay her’ in order to escape financial responsibility. I am seeing very scary times ahead,” she says.

Swati Reddy, general secretary of All India Democratic Women’s Association, says that during a crisis like now, when the victim is locked down with the abuser, she has no escape or remedy. “She cannot reach out to call for help, cannot go back to relatives, or protect herself in any way,” she says, adding that numerous complaints have been received by women’s organisations.

#KhabarLive made several attempts to reach out to Noorain’s in-laws but those who received calls made to their numbers have insisted that they are ‘wrong numbers’.

“I am scared of what the future has for me in Hyderabad. But right now, I am more scared to stay in Dubai,” says Noorain. #KhabarLive #hydnews