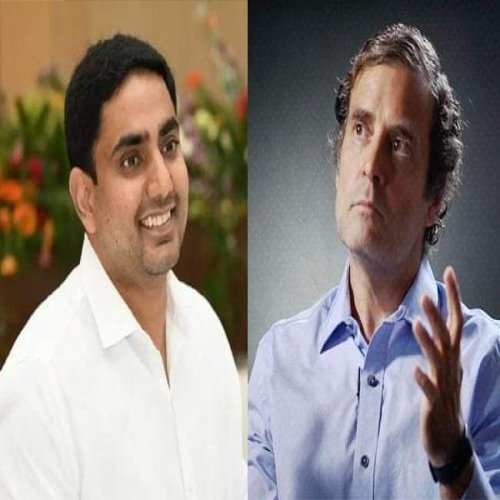 If we observe the recent political developments and many topsy-turvy political happenings, the dynasty politics are taking a new turn in India.

The age old Congress party is unable to continue its legacy as the heir apparent Rahul Gandhi is not showing any signs of a powerful leader who can steer the party to the power corridors of Delhi.

The letter by 23 senior Congress leaders that batted for an overhaul in the party leadership created ripples. It is quite clear that the dissidents targeted the control of Gandhi’s party.

Sonia Gandhi is unable to devote her time to the party affairs due to her advancing age and Rahul couldn’t match the power politics of the Modi-Shah duo.

Political analysts are commenting that the situation is almost the same in Andhra Pradesh.

TDP faced the worst defeat under the leadership of Chandrababu Naidu in the last elections. His attempts to promote his son Nara Lokesh as the heir for a long time didn’t yield much result.

Babu had promoted him to the party core committee and projected him as the chief minister-in waiting during 2014-19 period. He had induced him into the cabinet though he had not contested the direct elections.

The torchbearer of TDP couldn’t win as an MLA from Mangalagiri constituency from the capital region and it has raised several doubts on his capabilities as a politician.

Time and again Lokesh proves his weaknesses and he has been becoming a laughing stock in social media for a long time.

When the heir of Chandrababu, though by tongue slip, can say that, “TDP is the most corrupt party and don’t vote for it” in a public meeting, we can understand the situation of TDP leaders and party workers.

TDP leaders are losing hopes on the revival of their party. Already many key leaders have left the party for greener pastures. The remaining leaders are maintaining silence and they are accepting in their internal discussions that Lokesh is not the right choice to lead the TDP in future.

While they used to have immense belief in Chandrababu earlier, the situation completely changed in the recent few years. They are also losing hope on Chandrababu as he keeps on repeating the same old political strategies he used to follow a couple of decades ago. They came to an understanding that those outdated strategies dont work anymore in the changed circumstances.

While YCP chief and AP CM Jaganmohan Reddy is crushing his opponents like a true politician, the TDP is lacking the vision and strategy to counter his attack. Like the 23 senior Congress party leaders who are revolting against the party leadership, there is talk in the political circles that senior TDP leaders are on the verge of revolting against the TDP leadership.

They are of the opinion that projecting Nara Lokesh as the future leader of TDP and future CM is the biggest mistake. Apart from the Twitter hungama, he is not going to the common people and he is not winning their love. He is unable to give them assurance that he is a capable leader who can lead TDP and he can fight the mighty Jaganmohan Reddy.

Some TDP leaders are worried that TDP awaits the similar fate of Congress if they remain silent. They are of the opinion that Nara Lokesh will not sleep until the TDP is completely smashed just like Rahul Gandhi is doing with Congress.

They are saying issues like Amaravati capital, giving caste color to every issue, losing the support of BCs and Kapus Chandrababu also lost the faith of the people completely.

They are planning to revolt against the TDP leadership to overhaul the party because they are worried the party will see a similar fate like AP Congress. #KhabarLive #hydnews