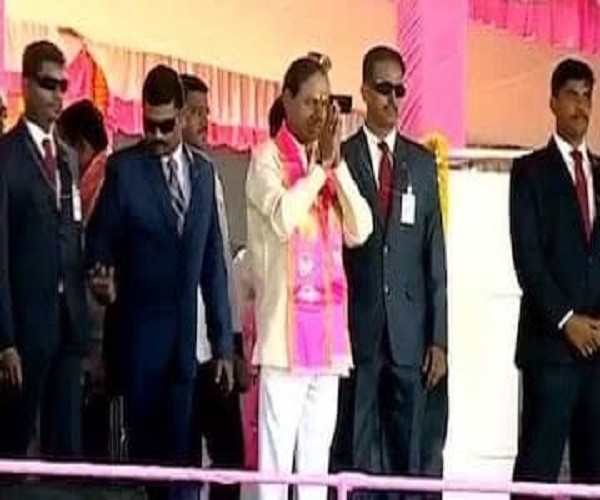 The Election Commission today issued a notice effectively barring the K Chandrashekar Rao government in Telangana from announcing any new schemes until the state assembly polls are held.

“The model code of conduct comes into effect immediately after a state assembly is prematurely dissolved,” the poll body said in a letter issued both to the centre and states. It clarified that as the government ruling in such circumstances is only playing the role of a “caretaker”, the question of allowing the introduction of potentially populist schemes does not arise.

Mr Rao had dissolved the Telangana assembly on September 6, paving the way for early elections in the southern state. Many believed the decision was prompted by a desire to take on Opposition parties such as the Congress and the Telugu Desam Party on its own terms. The move was criticised even by the BJP, which was widely expected to join forces with Mr Rao’s Telangana Rashtra Samithi (TRS).

However, talks between the BJP and TRS failed earlier this month, with Mr Rao ruling out any alliance between the two and the BJP obliquely stating that it was Mr Rao’s loss.

Mr Rao had cited “political fragility” in the state as his reason for wanting early elections. “As far as I know, the poll process may begin in October and get completed in November. The results may be announced in the first week of December,” he said, claiming that he had spoken with the Chief Election Commissioner.

ALSO READ:  Is 'Telangana' Trapped In The Game Of 'Urdu' Politics?

The Election Commission, however, rebuked the TRS administration for trying to usher in early polls. Hinting that the elections could be held along with other states at the end of the year, Chief Election Commissioner OP Rawat told NDTV: “We strongly condemn the way the Chief Minister of Telangana announced the schedule. KCR’s comments on elections are preposterous and uncalled for.”

“We’ll assess if the Telangana elections can be held with the other four states, notwithstanding the astrological predictions (over dates) made by anyone,” he added.

However, sources said the Election Commission’s decision is unlikely to affect the TRS significantly because he was already prepared for such an eventuality. He had announced many new schemes before dissolving the state assembly, anticipating that the Model Code of Conduct could be enforced in the months that followed.

A controversy had erupted during the inauguration of the Hyderabad Metro line between Ameerpet to LB Nagar on September 24, when Congress activists protested against the Chief Minister’s son — KT Rama Rao — being featured on hoardings put up across the city. #KhabarLive