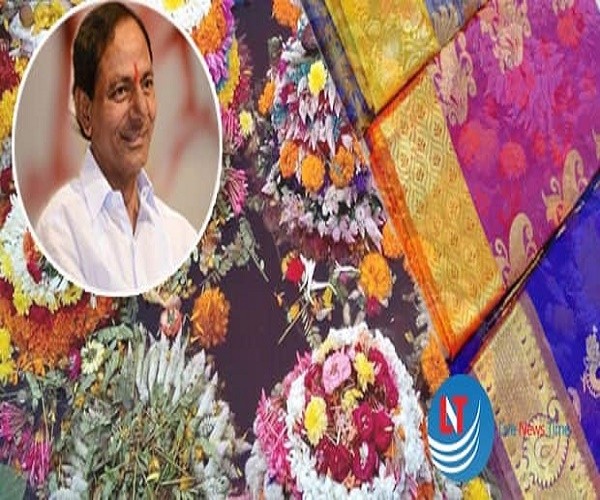 The Election Commission’s sudden decision to impose the poll code in Telangana has forced the K Chandrasekhar Rao government to sit on many plans and announcements it had lined up for the election-bound state.

The Telangana Rashtra Samithi government had bought 95 lakh sarees from weavers at the state’s Sircilla textile cluster to be distributed as the state’s gift to poor women on the occasion of Bathukamma, a Telangana folk festival celebrated during the Dasara Navratri celebrations.

The sarees have already cost the government Rs 280 crore.

At an exhibition of the sarees that IT minister and the chief minister’s son KT Rama Rao had inaugurated just hours before news of the model code of conduct came in, Rao had spoken in some detail about the preparations to distribute the sarees on October 12.

“The government has received 50 lakh sarees and dispatched them to various parts of the state for distribution,” Rao had said. The remaining 45 lakh, he added, would reach by October 10.

B Vinod Kumar, the TRS Lok Sabha member from Karimnagar said he was hopeful of the election commission’s approval since this was an existing scheme. At the most, the chief minister and other party leaders may not be able to participate in the programme , he said.

The poll code could also impact implementation of Rythu Bandhu, another important scheme which the TRS believes, could be a game changer for the party in the coming elections.

Under this scheme, the state’s 57 lakh farmers in nearly 11,000 villages are entitled to get Rs 4,000 per acre during the coming Rabi season in the second week of November.

The election commission hasn’t yet responded to the state’s request for clarification on implementation of the two schemes.

But the Congress wants to make sure that it isn’t blamed for standing in the way of the public getting the sarees and farm assistance.

“We don’t mind distribution of sarees to women and money to farmers. But the saree distribution should be done through fair price shops without using the picture of chief minister or ministers and Rythu Bandhu cheques should be released only through officials without the involvement of the ruling party,” said the state Congress treasurer G Narayana Reddy. #KhabarLive