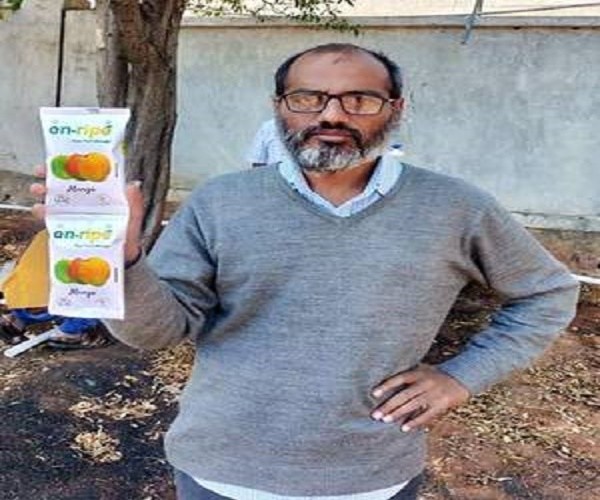 A season’s loss of mango crop for a farmer has spawned an innovative solution, which is claimed to help ripening of mangoes without the use of poisonous substances.

En-ripe, the ethylene gas encapsulated powder, developed by Heighten Innovative Solutions, a start-up firm, can be an effective replacement for Calcium Carbide in ripening the king of fruits, say the developers. Use of carbide as ripening agent was made a punishable offence under the Food Safety and Standards Act, 2006, as the chemical is carcinogenic.

Following the High Court’s direction for strict implementation of the ban, the State government has stepped up enforcement since 2015. M.Madhava Reddy, bank employee who returned from New Zealand to till his land in Nalgonda district, incurred heavy losses when the traders at the Gaddiannaram Agricultural Market Yard at Kothapet refused his produce three years ago.

ALSO READ:  Myth Busting - Are 'Packs And Masks' The Same In 'Neutraceutical Products'?

“They said they cannot accept unripe mangoes, as carbide was disallowed. They asked us to bring ripe mangoes or none,” Madhava Reddy recalled. Nonetheless, his deliberations with friends Yugandhar Reddy and Shravan Reddy had germinated an idea for an effective alternative to carbide, and three years of research yielded En-Ripe, an eco-friendly product for release of ethylene gas without harmful effects on public health.

The powder, developed by Yugandhar Reddy, uses vegetable starch, coir pith and activated carbon. It is made to absorb ethylene under high pressure and sealed in absorbent pouches, which are in turn secured in commercial packaging. Two holes in the outer pack just before use will let the mixture interact with atmospheric moisture and release ethylene gas. “After complete release, the powder becomes so harmless that it can even be eaten,” says Madhava Reddy.

Ripening of mangoes has been a challenge for traders, as the market does not have enough ethylene chambers. As of now, ethylene-producing chemical sachets imported from China are being used as an alternative for carbide. However, there are reservations about this product too, as it contains plant growth regulator. “Initially, our product cost ₹100 per sachet, but we have spent a year on bringing the price down to ₹20. One sachet will suffice a 20-kg carton of fruit,” says Shravan Reddy, another partner.

The trio got the product certified by CSIR-IICT as acetylene-free, hence not carcinogenic. An FSSAI certified lab has listed the chemical content in the powder and the fruit as below the limit of quantification. A report by the Indian Institute of Horticultural Research, Bangalore, found the quality of the fruit on a par with those ripened in ethylene chambers.

An application has been made for patent on the product, Shravan Reddy informed. #KhabarLive 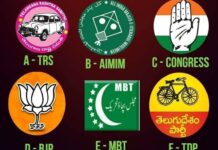 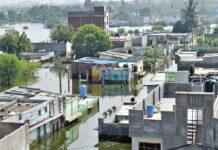 Why TRS Govt Cares Flood-affected Osman Nagar Area In Hyderabad Which Is Still Inundated In Water? 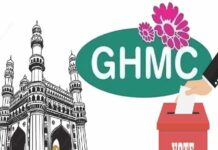 The ‘Battle For Baldia’ Is Now Making Noise In Hyderabad 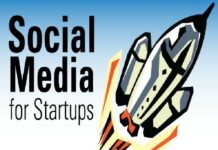 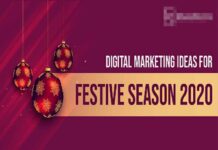