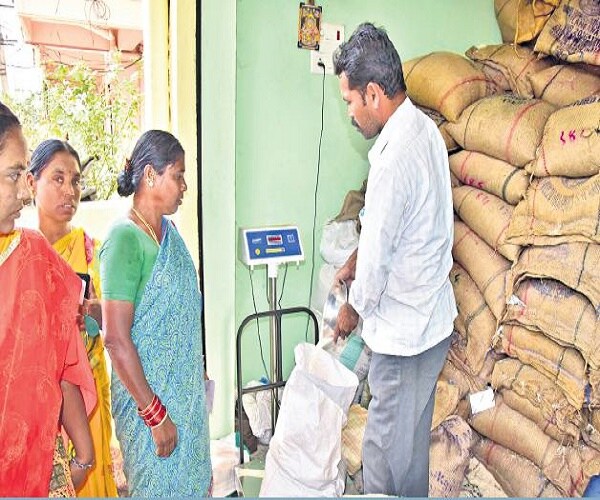 The concept of ‘One Nation-One Ration’ is that a beneficiary under the public distribution system can get essential commodities like wheat, rice, salt and sugar in any part of India irrespective of the State in which s/he has a ration card. Thus, a native of Bihar or West Bengal, working in Mumbai or Delhi, can get essential commodities under the PDS in the city s/he is working in.

The National Food Security Act targets distribution of essential commodities to 50% of the urban population and 75% of the rural population. Thus, a large part of the Indian population is benefiting from the public distribution network.

At present, this is restricted to the State where ration card is issued. However, with the advent of Aadhaar-based biometric authentication and use of technology, this can be made pan-India in its distribution. ‘One Nation-One Ration’ will ensure that the geographical boundaries that have been artificially created with respect to essential commodities distribution will cease to exist. This would go a long way in bolstering food security in India.

Many Benefits
A direct benefit of ‘One Nation-One Ration’ would be the reduction in the cost of essential commodities. As migrant labour would be able to access public distribution in an area away from her/his State, s/he would shell out less on buying essential commodities, especially foodgrains. This would lead to market forces coming into play and the prices of these commodities will come down.

The biggest beneficiaries will be the people who migrate for work. These could be agricultural labour (migrating from the eastern part of India to northern) or industrial labour (migrating from villages and smaller towns towards greater urban agglomerations). This could be a one-time shift or seasonal migration with inflows and outflows from areas where labour is required.

The concept uses the technology of portability where any beneficiary registered under the National Food Security Act and has her/his ration card Aadhaar-linked can avail essential commodities. In a large part of the country, especially south and west, this work has been completed. It is only certain lagging areas of east and northeast where this needs to be expedited. Even in these States, the Aadhaar-based biometric authentication has reached 70%.

Initial Steps
In Telangana, Andhra Pradesh, Maharashtra and Gujarat, intra-State portability has been functioning for almost a year. This allows the beneficiaries under the PDS network to avail essential commodities from any fair price shop within the State. Since this was a preliminary step to the concept of ‘One Nation-One Ration’, it could be termed as ‘One State-One Ration’.

In Telangana, this was implemented in last April and we have sizable data of its successful functioning. The data revealed patterns of labour migration. During agricultural season, there was a shift of labour from dry and drought-prone areas towards better irrigated areas. During offseason, the migration was towards Greater Hyderabad. Hyderabad and its surrounding areas of Rangareddy and Medchal-Malkajgiri (the Greater Hyderabad urban agglomeration) showed a 17% increase in essential commodities offtake, indicating patterns of migration.

Present Status
The concept of ‘One Nation-One Ration’ has been inaugurated on a trial basis in two clusters of Andhra Pradesh-Telangana and Gujarat-Maharashtra. NFS beneficiaries from Gujarat-Maharashtra can obtain essential commodities from either of the two States.

The same is true for Andhra and Telangana. The scheme was launched on August 9, 2019, and promising movement has been noticed especially with respect to Andhra people taking their essential commodities in Hyderabad. Based on the initial assessments of the trial run in these two clusters, it is proposed to launch a nationwide programme from June 2020.

The Challenges
There are a few challenges, which will need to be overcome for the successful implementation of this scheme — the first and foremost being Aadhaar-based biometric authentication. NFS beneficiaries who have not undertaken Aadhaar authentication will not be able to benefit under this scheme. However, it is a natural corollary that if someone wants to obtain essential commodities in a place different from the State in which their ration card was issued, they would automatically make an effort to get themselves enrolled.

Technology will play a major role in its success as this is a technology-intensive scheme. It would require careful monitoring and backup of a huge amount of data. Data security and protection would also be vital.

It is also important that in the first year of the launch, the food and public distribution departments of various States and the Government of India work out logistics with respect to shifting of additional foodgrains to areas where there is greater offtake. Going by our experience in Telangana, the whole machinery has to gear up and be in hyperactive mode, especially during the first month of the launch, as it entails overnight shifting of foodgrains to urban and semi-urban areas during certain periods of time.

It will take almost a year for the scheme to stabilise and only then the trends of times and areas of additional food requirements could be chalked out to enable the system to function in an autopilot mode.

The project is vital for ensuring food security throughout the country. It will ensure a paradigm shift in addressing the problem of food security in migratory labour from the current welfare approach to a right-based approach. It would also have a subsidiary effect with respect to reducing the cost of access to essential commodities for the migrating man/woman of India. A vigorous follow-up and sincere implementation would go a long way in ensuring that the intended benefits of the National Food Security Act reach the last citizen. #KhabarLive