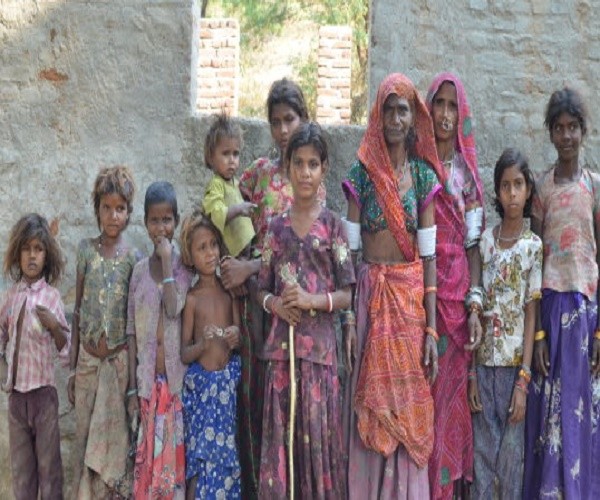 Here’s some shocking statistics. We just celebrated Women’s Day at a time when India is being ruled by a party both at the centre and in the majority of the states which defines women-hood in the name of different Mata’s like ‘Bharat Mata’ and ‘Gau Mata’ instead of treating women as equal to men. We are living in a time when a narrative is being reconstructed that defines women as a symbol of sacrifice rather than someone who will fight and revolt for their rights.

We are living in the times of Hadiya and in a time where the Chief Minister of the largest state of India believes that women honour needs to be protected by a fringe element group known as Anti Romeo Squad. Let’s see where does Indian Women stand after 70 years of independence in our country.

During the survey, 27.6% women in the age 15-49 years reported that they have never attended any school as compared to just 12% men in the same age group. The proportion of women with no schooling is as high as 47.8% in Bihar and 40.6% in Rajasthan.

The constitution of India recognized the principle of ‘Equal Pay for Equal Work’ for both men and women, and ‘Right to Work’ through Article 39(d) and 41. These Articles are inserted as Directive Principles of State Policy. Efforts are employed even on legislative fronts – Equal Remuneration Act, 1976 being the prime one amongst them. The Act by means of Section 4 emphasizes on equal pay for equal work. Despite these Constitutional and Legislative Provisions, the women workers in India earns significantly less wage than their male counterpart and the relative wage gap between Regular Wage/Salaried Men and Women is as high as 51.8% for illiterate women.

Freedom of Movement enjoyed by Women
The NFHS 4, noted that women are said to have freedom of movement if they are usually allowed to go alone to all three of the following places: to the market, to the health facility, and to places outside the village or community.

What has been more depressing is the fact that between 2005-06 to 2015-16, the percentage of women enjoying the freedom of movement has risen just by 8 percentage points from 33% to 41% respectively.

Women’s Participation in Household Decision Making
According to National family health Survey 4, women are considered to participate in household decisions if they make decisions alone or jointly with their husband in all three of the following areas: (i)woman’s own health care, (ii) major household purchases, and (iii) visits the woman’s family or relatives. During NFHS 4, just 63% women at all India level reported that they participate in all three specified household decisions alone or jointly with their husband and 16 percent do not participate in any of the three.

At all India level around 75% of ever-married women in the age, 15-49 years make a decision on their own health care alone or jointly with their husband. However, the percentage of women making the decision of their own health care is as low as 66% in Bihar, 67% in Andhra Pradesh and 68% in Delhi, Karnataka and Telangana respectively.

Imposition of Marital Control by Husband
The Attempts by husbands to closely control and monitor their wives’ behaviour are important early warning signs and correlates of violence in a relationship. A husband is supposed to have exercising marital control over his wife if he demonstrates at least one of the following controlling behaviours: is jealous or angry if she talks to other men; frequently accuses her of being unfaithful; does not permit her to meet her female friends; tries to limit her contact with her family; and insists on knowing where she is at all times.

At all India level. among the ever-married women age 15-49 years, 6.4% have experienced sexual violence in their life. Five out of every 100 women in India reported during NFHS 4, that their husband had physically forced them to have sexual intercourse with him even when they didn’t want it. At the state level 11.4% women in Bihar, 10.6% in Manipur, 9% in Tripura, 7.4% in West Bengal, 7.3% in Haryana and 7.1% in Arunachal Pradesh reported that they were physically forced by their husbands to have sexual intercourse with them even when they did not want to.

Five out of every 100 women in India reported during NFHS 4, that their husband had physically forced them to have sexual intercourse with him even when they didn’t want it.
Around 78.5% of the total women who have faced spousal physical violence didn’t tell anyone about it. Similarly, around 80% of the women who have faced sexual violence by their current/former husband have never told anyone about it.

Women in Politics in India
According to a study conducted by Inter-Parliamentary Union, India ranks 149th in a list of 193 countries in terms of women’s representation in the lower or single house of parliament (Lok Sabha, in the case of India) as of July 1, 2017. The average percentage of women’s representation globally stands at about 22%, whereas in case of India it is a mere 11.8%. Countries like Rwanda, Burundi, Zimbabwe, Iraq, Somalia, Saudi Arabia, Fiji and Ghana rank higher than India. In South Asia, Nepal (48), Afghanistan (54), Pakistan (90) and Bangladesh (92) rank much higher than India. Even in the Rajya Sabha, the representation of women stands at a meagre 11.1%.

According to a study conducted by Inter-Parliamentary Union, India ranks 149th in a list of 193 countries in terms of women’s representation in the lower or single house of parliament.

The Constitution 108th amendment bill 2008, commonly known as the Women’s Reservation Bill, seeks to reserve one-third of all seats for women in the Lok Sabha and the state legislative assemblies. The Rajya Sabha passed the bill on March 9, 2010. However, the Lok Sabha never voted on the bill. The bill lapsed after the dissolution of the 15th Lok Sabha in 2014. #KhabarLive