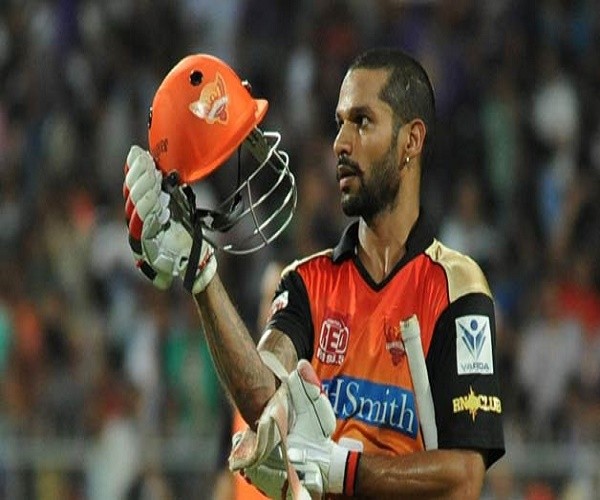 In the biggest off-season move ahead of IPL 2019 so far, Sunrisers Hyderabad have parted ways with their former skipper Shikhar Dhawan as he joins Delhi Daredevils. In the player trade, Delhi sent all-rounder Vijay Shankar, spinner Shahbaz Nadeem and the young Abhishek Sharma to Hyderabad.

So why trade one of their best players?

Because allegedly he wanted out.

“The Sunrisers were delighted to pick Shikhar up in the auction after using one of its RTM (right to match) cards earlier in the year. Unfortunately, it has become apparent that the player has been unsettled ever since with the amount he was bought for in the auction, which unfortunately we cannot rectify due to IPL rules.”

Before the big IPL auction last January, Dhawan was released by the Hyderabad franchise and was part of the player pool. Kings XI Punjab bid the highest amount of Rs 5.2 crore for him but SRH used their Right to Match (RTM) card and retained the opener’s services.

This, when Ben Stokes bagged a massive pay day of Rs 12.5 crore and Jaydev Unadkat became the most-expensive Indian player at the auction, going to Rajasthan Royals for Rs 11.5 crore.

In comparison, Shikhar Dhawan took home only Rs 5.2 crore last season and was ‘unsettled’ as the SRH press release claims, forcing the team to look for a trade in the transfer window.

Back Where It Started
Dhawan now moves back to Delhi Daredevils where he started his IPL journey, playing for the team in the first season. Since then, he donned the Mumbai Indians and Deccan Chargers jerseys before signing with Sunrisers in 2013.

ALSO READ:  Why Our National Sports Awards Are Getting More Controversial?

The Ricky Ponting-coached franchise will be hoping that Dhawan’s arrival changes their falling fortunes.

“We are thrilled at the prospect of having Shikhar turn up in DD colours for the next season of the IPL. Shikhar has had a hugely successful IPL career and will be an invaluable addition to team DD with the wealth of experience he brings,” Delhi Daredevils director Parth Jindal said in a statement.

“The Delhi fans love seeing their local boys in action and we’re sure they will get lots to cheer for this season with players of Shikhar’s caliber in the team,” he added. #KhabarLive