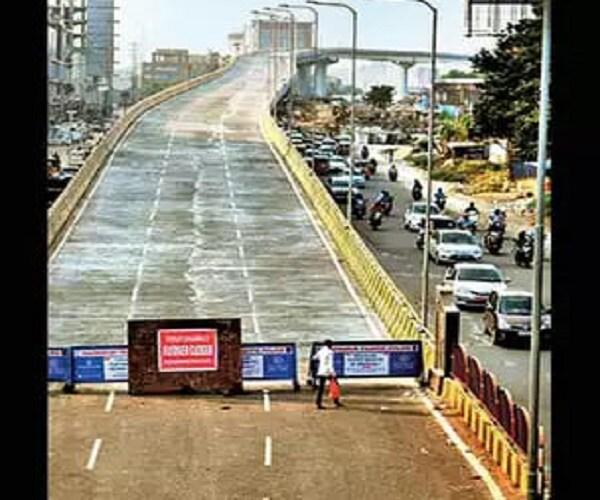 After the ghastly mishap on the newly inaugurated Biodiversity flyover at Raidurgam in Hyderabad, killed a hapless bystander, structural engineers and road experts have pointed flaws in the design and suggested that authorities immediately improve signages and increase the height of crash barriers.

Speaking to #KhabarLive, civil engineers and road safety experts said the structure has been planned poorly, thus making the ride on it a risky one. Incidentally, Saturday’s crash was the second fatal accident since its opening on November 4.

Professional body Structural Engineers World Congress-India vice-president and infrastructure expert Dr SP Anchuri said: “The structure is very strong and durable but when you look at the design aspect, it is very poorly designed. The increase and decrease of speed on a straight road will not affect stability of the vehicle, but when you have a curve and the vehicle is at a speed, the curve goes outwards because of the centrifugal force and there is a huge risk of skidding even at a minimum speed.”

“There are two S-type curves, one after another at a very short distance on the Biodiversity flyover that are very risky. For every curve, there should be a transitional zone, which is missing,” Dr Anchuri added. Apart from the very sharp curves on the flyover, experts also pointed out that the height of the crash barrier should also be increased.

“The crash barriers, which are normally designed to withstand the impact of vehicles when such accidents occur, also play a major role in averting mishaps to a great extent,” Shaik Salauddin, road safety expert and chairman of Telangana State Taxi and Drivers’ Association, said.

“Although the crash barrier on this flyover has been built according to the Indian Roads Congress (IRC) standard, the local conditions and driving system should also be taken into consideration and the height should be increased accordingly. If that is done, people who are speeding will at least not fall off the bridge and kill others,” Salauddin added.

Experts also stated there are no proper signages visible from a distance so that drivers are warned to reduce speed. Meanwhile, the injured who were shifted to Care Hospital were said to be out of danger. “There is no life threat to those who were injured in the Biodiversity flyover accident.

They are all under observation,” a hospital spokesperson said.