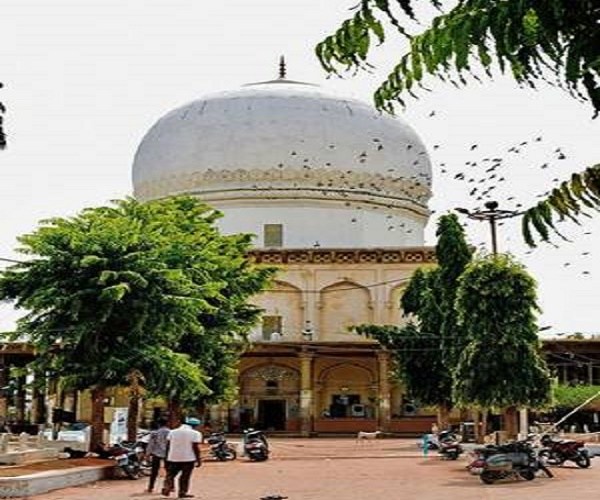 The dome over Sufi saint Shah Raju Hussaini’s grave at Misrigunj has got a new lease of life, thanks to a ₹50-lakh intervention by the State government. The plastering had flaked off over a large portion of the dome, and the crevices between the stones were converted into roosting places by pigeons and parakeets.

These places have been plastered over with lime mortar. The vegetal growth has been removed and the ornamental work has been restored on the upper part of the dome.

“In October 2016, the State government sanctioned ₹50 lakh for conservation work on the dome which was in a deplorable condition with leakages and plant growth in many niches. Till now, ₹40 lakh has been released through the Department of Archaeology and Museums. The dome looks much better now,” said Syed Nadeemullah Hussaini, the Sajjada Nasheen of Shah Raju Hussaini.

The Shah Raju’s dome is among the tallest in the country at 165 ft and can be seen from miles away from the Falaknuma Palace as well as Mir Mahmood Pahadi. Shah Raju Hussaini was the Sufi master who predicted the rise to the throne of his pupil Abul Hasan to Qutb Shahi throne and the prophecy was fulfilled in 1672. In 1681, when Shah Raju passed away, his grateful student commissioned one of the grandest tombs for his master near his khanqah (hospice).

However, conservation workers may have to undo the damage to the 110 pillars that support the flat roof over the dargah. “Pigeons used to sit in the space above the pillars disturbing the visitors of the dargah. It became an ordeal to clean the place. My father then got the spaces above the pillars plastered to prevent pigeons from sitting there,” says Mr. Hussaini.

While the dome has been restored, a lot of work remains to be done. The terrace which is held up by 110 stone pillars also needs repairs to undo the work that was carried out in the 20th century.

The tile work on the ground floor is also pending. “This is one of the few properties which has not been encroached upon and occupied. If we do landscaping work, it will become a site befitting the renown of Shah Raju,” says Hussaini. #KhabarLive