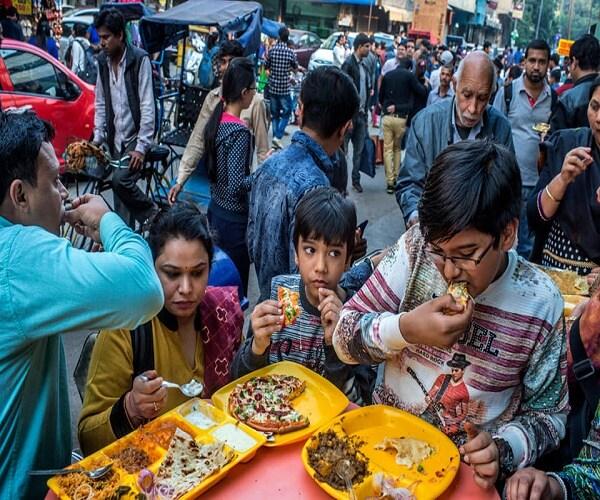 The fast-food chain in India has changed drastically over the years and the changing food habits of post-millennials had been contributing largely towards this trend. Children no longer enjoy food that mom makes but rather go all out on a bundle on pizzas, burgers, candies, cookies, donuts, ice creams, fruit drinks and other processed foodstuff.

The urban setting is responsible for this change to some extent. The fast food outlets and food swamps with plenty of high calorie and low-nutrient processed foods are outnumbering outlets that provide healthy food options. Most of the children are living in food deserts with a lack of healthy options.

Foods that are high in calories and low in nutrients are of no benefit to a human body. In turn, they lead to obesity.

Childhood obesity and overweight have adverse long-term effects and are major problems being faced in this day and age which is merely due to over-consumption of junk and fast food. According to researchers, obese and overweight children are twice as likely to develop diabetes, heart disease, high blood pressure and depression.

The lack of enough fibre content in fast food items will lead a child to develop constipation. Besides health issues, the excessive intake of junk food will affect children’s study habits. The high sugar content included in these eatables will lower a child’s energy levels and concentration skills.

Fast food is any food prepared and served quickly such as pizza, burger, fried chicken and French fries. It can be both healthy and unhealthy based on the ingredients used in the food item. On the other hand, junk food is usually processed which contains little nutritional value and excessive sodium, calories and fat, such as a bag of chips and other bakery goods.

According to a study published in Journal of Medicine in 2017, India has the second-highest number of children with obesity in the world. Another study by researchers from Nizam’s Institute of Medical Sciences (NIMS) in Hyderabad recently found that about 25 per cent of children in an age group of 9-15 years are obese and about 36 per cent are overweight.

Time was when fast and junk food was merely restricted to grown-ups. A child was usually seen chewing healthy food. But today, a kid is most often seen smacking his/her lips over a hamburger outside McDonald’s and crying his/her eyes out to eat unsalted nuts and seeds.

Parents, too, are setting aside long-term effects of eating junk and fast food and are playing a part in their children’s addiction to unhealthy eatables. Since working parents spend most of the time away from home and have less time to prepare meals by themselves, they egg their kids on to get their hands on fast food items in school or outside school.

At present, children are the main target for fast food companies. A slew of eateries like McDonald’s and Burger King are offering meals at a very low cost that people are no longer finding it worthwhile to reach restaurants offering traditional food items and put money into it. Given that, youngsters, especially school-going children, are not finding it difficult to relish their taste buds in a reasonable amount. The most popular junk food items among children are chips, chocolates, baked goods and soft and sugary drinks.

Also, television commercials are playing a vital role in children’s health and their addiction to unhealthy food. The children’s exposure to food advertisements and other forms of marketing on junk and fast food items influence them to make unhealthy food choices.

What do experts say? – Dr P Janaki Srinath, the National Executive member of Indian Dietetic Association, says, “Eating is an acquired behaviour. Children are largely influenced by family peers, surroundings and media messages, to which they are exposed through electronic gadgets. They cannot differentiate between a paid advertisement and real message, and consequently get carried away by bright happy faces and promises.”

Pointing out the significance of peer acceptance, she says, “Due to time pressure and beliefs, ignorant parents and family members are also unknowingly promoting junk food. They are offering unhealthy food items as gifts on special occasions. We as a society have accepted unhealthy eatables such as chips, snacks, chocolates and bakery items without realising the adverse consequences.”

She adds it’s a collective effort and responsibility of society to promote home-cooked healthy choices from infant stage.

In a bid to cut down on consumption of unhealthy food by children, the Centre has recently banned the sale of pre-packaged food items which are high in fat, salt and sugar such as chips, coco-colas, pizzas, burgers, samosas and other junk food in school, hostel canteens and its premises.

But little did it change the food habits of school children. Ramu, who has been running a canteen in a private school for five years now, says, “Earlier, we used to sell chips, burgers, pizzas and other bakery items in our canteen. From the last two months, we stopped selling them after we received instructions from school management. But this has helped only to some extent. Kids still come to us asking for those food items. A few parents, too, approached us asking to resume selling at least a few bakery items like chips. This clearly shows how parents are encouraging their children to adopt unhealthy food habits.”

According to well-known nutritionist Dr Janaki Badugu, a child would like to have at least one junk food item a day.

“The aroma and presentation of a food item at fast food eateries attract children. The excessive amount of salt, fat and sugar used in a junk food item gives a child calories more than required. In turn, it will lead to obesity. Bakery food items like pastries contain more risk factors than any other fast food item. They have hydrogenated fats which are generally used in bakery food items for a taste and to give a creamy texture. It is one of the most dangerous fats a child can consume,” she says.

Dr Jyoti Chabria, a senior consultant dietitian, says, “The concept of cooking is almost vanishing since both the parents are employed nowadays. Children are comfortable using online delivery applications like Swiggy and Zomato to savour unhealthy food items. Some food companies like Kinder Joy are attracting children by offering toys along with the candies.”

She says one of the ways we can stop children from having excessive junk food is through giving a creative touch to healthy food items like adding certain vegetables while preparing idlis will make it look colourful and children will surely eat them – at least out of curiosity. #KhabarLive