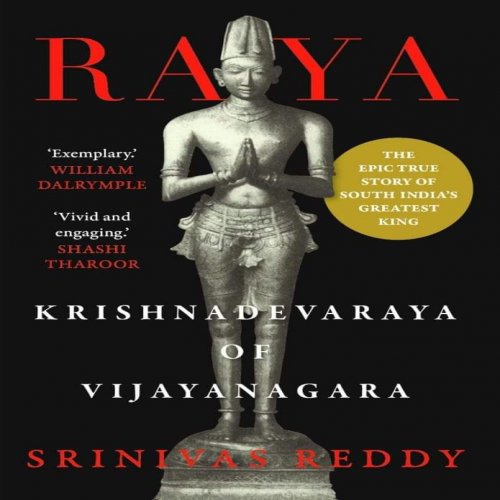 In Raya, Srinivas Reddy writes about how Vijayanagara in the Deccan was a sprawling city of traders, poets and centre of literary revival.

Krishnadevaraya represents a critical transformation from ancient king to modern politician. And in that sense, he was India’s first global leader. He had to confront very modern problems such as building international alliances and negotiating overseas trade deals while grappling with the challenges of globalism and multiculturalism. The Deccan of his time was a place where Hindus and Muslims, north Indians and south Indians, Persians and Portuguese, all intermingled as they made their lives and fortunes.

In the eyes of the world, Vijayanagara was the epitome of oriental opulence. It was a cosmopolitan metropolis, the best provided city of the world, more magnificent than Rome, and so exceedingly rich that diamonds were traded in the streets by the basket load!

By 1520, a decade into Krishnadevaraya’s reign, Vijayanagara was famed beyond its borders as a cosmopolitan metropolis, a sprawling city expansive in both size and spirit. The capital was truly a place of diversity and inclusion where people of varying faiths, ethnicities and classes would not only intermingle but also cooperate in building what Paes called ‘the best provided city in the world . . . large as Rome, and very beautiful to the sight’. He went on to add that ‘in this city you will find men belonging to every nation and people. . . countless in number, so much so that I do not wish to write it down for fear it should be thought fabulous’. Or as Duarte Barbosa writes in one of the first examples of Portuguese travel literature: ‘There is an endless number of merchants, wealthy men and natives of the city to whom the king allows such freedom that every man may come and go and live according to his own creed . . . great equity and justice is observed to all, not only by the rulers, but by the people one to another.’ Indeed, much of this cosmopolitan ethos was fuelled by international traders who brought goods and ideas from all around the world to the bustling south Indian city. The image of the multicultural city was propagated throughout the subcontinent by court poets who eulogized kings and commemorated their victories. It was the poets of Vijayanagara who truly sang the empire into the people’s imagination and the pages of history.

As the Rayavacakamu records: The king spent the day at court ‘with a full assembly of scholars, poets, and palace officers skilled at telling pleasant stories . . . they all looked at Krishnadevaraya and said, “Just as the fame and glory of the kings who ruled long ago are preserved in the literary works they commissioned, you too should commission works so that your fame and glory will endure forever.”’

The epicentre of Vijayanagara literary production was a great hall called the Bhuvana Vijayam, or World Conquest, designed to host poetry readings and contests of literary wit. According to Paes, the hall was built when the king returned from the war against Orissa. It was a wide open space with lofty walls covered from top to bottom with crimson and green velvet and other handsome cloths. The magnificent structure was metaphorically held up by the king’s ashta-dig-gajas, or Elephants of the Eight Directions, great poets of the land whom Krishnadevaraya had invited to grace his court.

In Hindu cosmology, the mythical eight elephants support the entire universe on their backs, and so it was only fitting for the king to bestow this lofty title upon the celebrated poets who sustained the empire by memorializing the king’s fame. To be sure, there was a deep and sustained connection between political power and literary production. The king’s royal poets not only crafted words, but they also helped shape whole empires.

The king’s poet laureate and close confidant was Allasani Peddana. He was perhaps the most celebrated Telugu poet of his time; Krishnadevaraya even named him the grandsire of Telugu poetry. In one verse from his famed Manu Caritramu, Peddana vividly describes the ambience within the Bhuvana Vijayam, where women with eyes like blue sapphires and faces radiant as the moon fanned the king with yak-tail fans while he joyously sat on the throne in the company of learned people. Scholars discussed the fine points of Paninian grammar, Kanada’s atomistic philosophy, Badarayana’s metaphysics and more.

But Krishnadevaraya was not a mere spectator during such affairs; his prodigious scholarship and literary acumen allowed him not only to oversee but actively engage in philosophical debates and literary discussions. He was creating a court of culture, and a culture for court, by surrounding himself with the finest scholars and poets of the land, and positioning himself at the very centre of it all.

Although the kings of Vijayanagara were inclusive in their patronage of various literatures, including Sanskrit, Tamil and Kannada, the reign of Krishnadevaraya witnessed the ascendancy of Telugu as the pre-eminent language of the empire. We know Krishnadevaraya patronized poets in other languages, like Hariharadasa

in Tamil and Lolla Lakshmidhara in Sanskrit, but this was Telugu’s moment – it was a language of the people. All of the famed poets of the Vijayanagara octet wrote in Telugu, though not exclusively. Most poets then, as the case remains in India even today, were multilingual speakers as well as writers. In addition to expertise in two or three regional languages, any poet worth his salt would be proficient in Sanskrit – it was the sine qua non of scholastic merit and poetic authority.

That being said, vernacular literatures were receiving more and more patronage from local kings, and although Sanskrit remained a language of prestige, regional languages now dominated the realm of lyrical poetry. And so it was that Krishnadevaraya presided over not only a vast earthly empire but a vibrant literary one as well.

No wonder his court poets cried, ‘O mighty lord, king of kings, supreme sovereign of heroic splendor! You are united like the Highest God – half the goddess Durga, half the Lord of Dance – an emperor in the fields of war and letters!’ In addition to the daily goings-on at the Bhuvana Vijayam, the Vasantotsavam, or annual Spring Festival, was a favourite occasion to gather poets for a celebration. As Timmana writes in his Parijata Apaharanamu: ‘Every year during the Spring Festival, an enthusiastic crowd of great poets would arrive with their finely crafted poems. Just the thought of it excited the women of the palace, but the king calmed them all down with his charm.’

Like the legendary King Bhoja before him, Krishnadevaraya delighted in celebrating the annual Spring Festival when aspiring poets from far and wide would arrive at the court for a series of literary events, debates and competitions in which the king bestowed gifts of gold on the most skilled poets. It was at one such festival that the king premiered his Sanskrit play entitled Jambavati Kalyanam. A temple inscription tells us the ‘drama was enacted before the people assembled to witness the Chaitra Spring festival’.

In this way, literature in premodern India was more than a means of entertainment – it functioned as a communal spectacle that celebrated the power and culture of the empire and its king. It would be no exaggeration to say that Krishnadevaraya of Vijayanagara was at the apex of a south Indian cultural renaissance.

This was a vibrant period of vernacularization when old Sanskrit texts and traditions were being revived, translated and reformulated for new and broader audiences. Indeed, this remarkable age of cultural production witnessed innovations in everything from literature, music and dance to architecture, sculpture and painting.

(Dislaimer: This excerpt from Raya: Krishnadevaraya of Vijaynagara by Srinavas Reddy has been published with permission from Juggernaut Books.) #KhabarLive #hydnews #bookreview 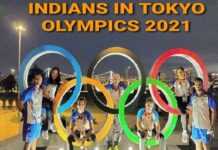