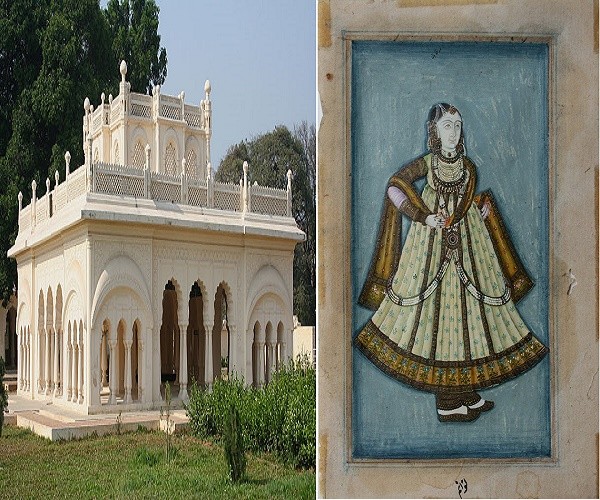 Deccan India was significant for its strong female characters. One of them was Mah Laqa Bai Chanda, an 18th-century poet and courtesan from Hyderabad. She was an influential woman and advisor in the royal court, who entered court life as a singer and Deccani style Kathak dancer.

Mah Laqa Bai was her court title, which meant ‘Madame Moon Cheek’, gifted to her by Mir Nizam ‘Ali Khan, the Nizam of Hyderabad between 1762 and 1803.

He heavily relied on her intelligence for state policy matters and also gave her the rank of senior omrah.

She was a great poet and an art patron with considerable wealth, which helped her construct a library containing manuscripts and books on poetry, arts and sciences.

She also built a cultural centre, where she trained 300 girls along with other masters. She was the first woman to have an anthology of her poems published.

In 1792, she constructed a walled compound in Moula Ali, where she held mushairas frequently. Inside the compound also lies the tomb of her mother built in 1792.

Mah Laqa Bai was buried next to her mother when she died in 1824. She had donated all of her wealth to homeless women.

Unfortunately, today her mausoleum lies neglected in Hyderabad. This is especially sad since Mah Laqa Bai stood for protecting Hyderabad, its culture and heritage throughout her life.

The structure stands in a dilapidated condition, and may even crumble down if not renovated.

Attempts were made in 2010 with a year-long renovation project by the Center for Deccan Studies, yet the mausoleum is surrounded by garbage that welcomes visitors as they enter.

Moreover, the site is frequented by trouble-makers, which makes it an unsafe place to visit.

193 years after her death, is it fair that the only memory left behind by a figure of valour and beauty be completely neglected by the authorities?

Here’s hoping someone takes notice and restores the magnificent legacy of Mah Laqa Bai to the heights she deserves. #KhabarLive