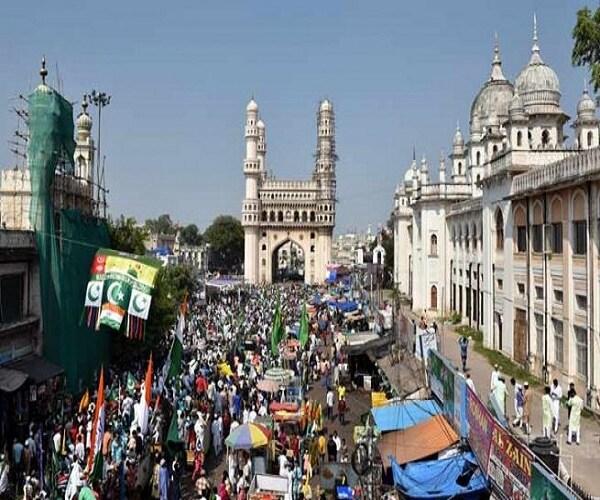 Not regional parties like AIMIM or Trinamool Congress, not Asaduddin Owaisi — Muslims in India now need to return to the Congress party. The Congress’ stand on a number of post-election issues, especially the Citizenship Amendment Act and the National Register of Citizens, shows it may be returning to its ideological roots. Its time for Indian Muslims to restore their faith in the grand old party to take on the BJP.

This, after Congress faltered on two grounds – its unwillingness to remove the Gandhi dynasty from the leadership role, and its strategy between 2014 and 2019 to move away from its ideological roots and ape the BJP’s winning formula of Hindutva politics.

Regional parties won’t do
As far as Muslims are concerned, the most important lesson from the 2019 elections is that a motley group of regional parties, despite their best intentions, will be unable to challenge the BJP at the national level. For that, an all-India organisation committed to liberal and pluralist values of composite nationalism, even if diluted in the past couple of decades, is essential.

Second, it is clear that no new formation espousing such values is on the horizon at the national level. The Congress is the only party that can give the BJP a fight nationally and in the Hindi heartland, which forms the bastion of the ruling party. Let’s not forget that the Congress party had secured almost 12 crore votes in the 2019 Lok Sabha election.

So, Indian Muslims will be wasting their votes by voting for regional parties no matter how sincere their intentions and how genuine their commitment to pluralist ideas. The Trinamool Congress, the Community Party of India (Marxist), the Samajwadi Party and the Bahujan Samaj Party come to mind in this regard. But a vote for them in parliamentary, as opposed to state, elections is a vote wasted. They are either too regionally constricted or too much riven with internal fissures.

Voting for the so-called Muslim parties, such as the All India Majlis-e-Ittehadul Muslimeen (AIMIM) and the Indian Union Muslim League (IUML), is an even greater waste of vote. Both of them are basically what an Urdu saying portrays eloquently: “derh eint ki masjid (a mosque built with only one brick and a half)”. They also have to live down much of their past sins.

The MIM, which was the precursor to the AIMIM, and its paramilitary organisation known as the Razakars, were principally responsible for egging on the Nizam of Hyderabad to defy New Delhi and not accede to the Union when both demography and geography demanded it. It also tyrannised the Hindu population of the state thus vitiating the communal atmosphere in the Hyderabad state. So, it was largely responsible for the tragedy that befell the Muslims of the princely state following the Police Action of September 1948.

In addition to the sordid organisational baggage that Asaduddin Owaisi carries, he suffers from a Quaid-e-Azam complex. Indian Muslims do not need another Quaid-e-Azam. Muhammad Ali Jinnah was an unalloyed tragedy for the Indian Muslims and the primary cause of their current poor political plight, having succeeded in cutting their demographic heft down to one-third of what it would have been in the absence of Partition. His reincarnation can do great damage to the Muslim image in India by his irresponsible antics, such as tearing up a copy of the Citizenship Amendment Bill in Parliament, aimed at shoring up his popularity in his pocket borough in Hyderabad city.

The less said about the IUML the better. Restricted to a small part of Kerala, the party is totally inconsequential in terms of national politics. Moreover, its nomenclature reminds people of its original avatar and the tragedy of Partition, thus adversely affecting the image of Muslims in India. The sooner it disbands itself the better.

What the Congress must do
The Congress too will have to do more to re-establish its credibility among Muslims. For the past several decades, it has been treating Muslims merely as a vote bank. Far worse, it has tried to appease “Muslim sentiments” by pandering to the wishes of the most obscurantist elements within the community on issues of personal law and other emotional questions. No one has forgotten the Shah Bano case. In the process, the Congress has ignored the real economic and social needs of the community, especially of its most underprivileged sections.

In 2005, the Manmohan Singh-led Congress government set up the Sachar Committee to study the social, economic and educational condition of Muslims in India. It concluded that the socio-economic condition of Indian Muslims was worse than that of Scheduled Castes and Scheduled Tribes. Muslims were severely underrepresented in the civil services, police, military, and legislature. Muslims were more likely to be poor and illiterate and targeted by law enforcement in comparison with other Indians. The report thoroughly exposed the myth of ‘Muslim appeasement’ by Congress governments.

Unfortunately, very little has been done to seriously implement the Sachar Committee’s recommendations despite the fact that the Congress was in power in New Delhi for eight years after the report had been tabled in Parliament.

The socio-economic condition of Muslims has continued to deteriorate while the “Muslim appeasement” canard has continued to spread. Even today, when the Congress disagrees with the Narendra Modi government or the BJP, it is accused of being a Muslim party.

The Congress must seriously address the issues identified in the Sachar Committee report; this will add to its credibility among Muslims come election time.

The Congress must also demonstrate its clear determination to stick to the party’s original ideology of pluralism, the unique Indian definition of secularism, and shed its soft Hindutva image that contributed so greatly to its election debacle earlier this year. It must give up the strategy of hunting with the hound and running with the hare.

Finally, the Congress must re-institute inner-party democracy that was destroyed by Indira Gandhi in the 1970s. Indira Gandhi’s rule institutionalised a sycophantic culture in the party that became the root cause of the Congress’ decline over the decades. Leaders should be elected by a genuine participatory process and not by manufactured acclaim, which is the hallmark of dictatorial systems.

Democratising the functioning of the party will also throw up Muslim leaders with genuine grassroots support cutting across the communal divide. Indian Muslims deserve leaders such as Maulana Azad, with his intellectual depth, and Rafi Ahmed Kidwai, with his political acumen and organisational capability, and not the likes of Ghulam Nabi Azad and Ahmed Patel whose main claim to political longevity lies in their mastery of the art of sycophancy.

It will be no great tragedy if a set of new Muslim leaders with cross-community support does not emerge immediately. I would prefer Indian Muslims to be represented at the highest political levels by people of the calibre of Shashi Tharoor, Mahua Moitra, Sachin Pilot, Jairam Ramesh, and Manish Tewari rather than opportunists with Muslim appellations but without any popular base.

The best choice
In terms of the Congress’ top leadership, despite my continuing reservations regarding dynastic control, Indian Muslims should be willing to accept, as an interim arrangement, Rahul and Priyanka Gandhi’s primary role. Priyanka Gandhi has particularly shown great verve after the last election and her commitment to the Congress’ original values appears genuine. She has also demonstrated the grit and determination of her grandmother despite her electoral failure. Rahul Gandhi seems to have learned from his past ideological and organisational failures, renewed his commitment to the Congress’ ideology of pluralism, and honed his rhetorical skills.

All in all, it appears that the best choice for Muslims at the national level in the current circumstances is once again the Congress party. A fractured Muslim vote at the all-India level, dispersed among multiple regional and smaller parties, will be a boon for the Hindutva project. Political pragmatism demands that Muslims return to the Congress fold not as a mute and unsuspecting vote bank but as responsible stakeholders in the Indian polity who have the capacity to hold the party’s feet to the fire if they find that it is once again departing from its original moorings. #KhabarLive