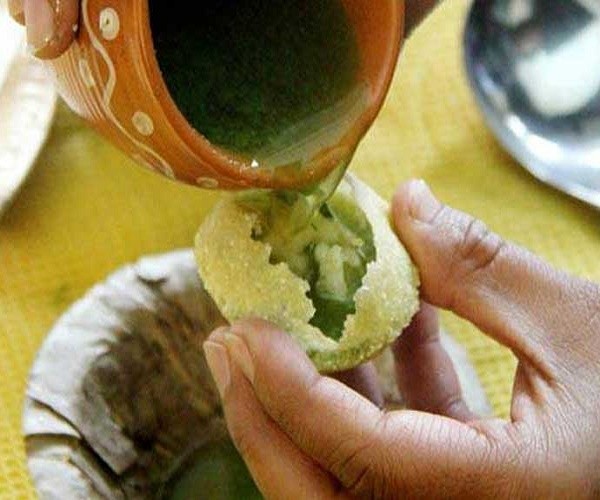 In order to reach out to Telugu-speaking voters, the TRS is using everything from Golgappa to Biryani. If food is the way to a man’s heart, in Telangana, food festivals are being explored as channels to his vote.

Guess what leaders of the TRS are doing these days apart from politics. They are organising food festivals.

In order to woo voters who are not Telugus, cuisines from various states are being spread out, so that migrants settled in Telangna do not grow homesick missing ghar ka khana.

First, there was a Andhra food utsav, based on the famous dish from Andhra and Rayalseema. Then came Biryani Festival of Hyderabad, and now the TRS is organising a golgappas utsav.

A part of Karimnagar, Jagtial, Sircilla, which has a considerable urdu-speaking population — will soon be treated to crispy Golgappas, courtesy the TRS. Big posters and hoardings have come up, showing TRS leadership standing around a plate-full of golgappas and a bowl of tangy tamarind juice.

In all likelihood, none of them will be present at the actual festival, but the pictures are enough to speak a thousand words about the concern the party seemingly has for people in a home away from home.

But why a golgappa festival? Unlike the expensive biryani, the humble golgappa is available and affordable all year round.

Well, the festival may not attract a large crowd, but the TRS is hoping it will attract goodwill for the party. The message the party is trying to serve is that Urdu-speaking people feature prominently in its platters and plans.

With BJP aggressively trying to make inroads in Telangana, KCR understands the importance of every vote-bank.

Every year in Telangana, there are goodies galore for Ramdaan namaazis and Christmas revelers. Now, the TRS is taking the same route for Urdu-speaking voters.

With the BJP expanding its base in Telangana with its Hindutva push, the TRS realises the importance of all vote banks.

As elections come closer, both parties will try newer ways to woo voters. At least, the food festival route is palatable. #KhabarLive