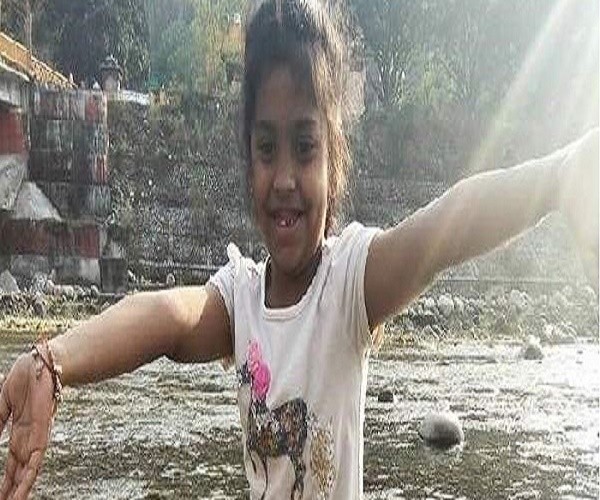 Aadhya (7) spent the last two weeks of her life at a ‘state-of-the-art’ private medical facility in Gurgaon, on an artificial ventilator. Her brain stopped functioning several days before she died. While the child was silently crying, the corporate hospital was busy planning extortion of frantic parents. The hospital refused permission to Aadhya’s parents to take her off the ventilator and insisted on signing a form that they were ‘leaving against medical advice.’

They even refused an ambulance and said that the ventilator would be removed in the private ambulance outside premises. After the ventilator was removed, the child died and had to be taken to another hospital only to get a death certificate. While they were leaving the hospital, they were asked to pay for the hospital gown the child was wearing as the child couldn’t wear her own clothes because her body bloated.

Shockingly, the hospital bill included charges for 661 syringes and 1,546 pairs of gloves. On an average, it works out to be use of more than two syringes and five pairs of gloves every hour that the child was in hospital. On investigation, the government found that the hospital overcharged by 108 per cent profit for medicines and by 1,737 per cent for other consumables. Legally, they cannot charge more than the maximum retail price. By charging double for medicines used, the hospital had added over 3 lakhs to the hospital bill.”

Suspension of licence
In December 2017 the licences of pharmacy and blood bank of Fortis Memorial Research Institute were suspended for overbilling the parents of Adhya. Another seven-year-old child Saurya Pratap died after treatment for dengue. For similar reasons the pharmacy licence of the Medanta Hospital was suspended for seven days on April 5, 2018. The charges against hospitals in Gurgaon was that they were overbilling and not maintaining proper bills and records.

“The Fortis Hospital settled with the father of the victim by reimbursing Rs 15.88 lakh. He settled because he could not come out of web of debts, could not afford the legal battle and burden of bringing up another child.” . The penalty shows how weak the regulatory law of India was against a giant corporate company, though overbilling is proven. One week (and weak) licence suspension is not a proportionate penalty.

Neither the Clinical Establishment Act nor any other regulatory power could compel hospitals to return the cost to all those patients who were victims of their greedy and illegal billing. It is impossible for each patient to file a suit or criminal case or complaint against the giant hospitals and pursue it right up to Supreme Court, because owners will fight patients with money fleeced from them.

The multinationals or national corporate hospitals will be hugely benefited by the delay in justice dispensation and mounting pendency in our courts. Delay by every day is loss for the poor appellants. The victims cannot afford the litigation as is clearly manifested by the parents of Aditya and Saurya Pratap. It is jurisprudence and prudence that law should be strong against strong, but it is weak against strong and strong against weak.

Weak regulation
The regulatory under Clinical Estates Act is weak against strong. The patients or their parents did not know in advance the information about the prices/cost of consumables and medicines, which were supposed to be displayed under ‘minimum standards’ ethics prescribed under this Act. Neither the nodal agency nor any state was in a position to stand by the poor. With denial of their right to be informed about medical records, maximum price list etc, they lost their right to health and also right to life.

Kick to ethics & kick-backs to clinics
These are not the days of medical ethics but of medical crimes and hospital criminals. Dacoits and extortionists could be put to shame by these professionals, so-called doctors or managers. Indian Journal of Medical Ethics published an article of Lopa Mehta, who says: “There is no rational basis for current practices in fee charging. There are no laws or norms in this regard. Also, what is and is not ethical varies with circumstances, from person to person and place to place…”

Lopa Mehta blames both physician and society for this scenario. “Society believes that the more a doctor charges, the more competent s/he must be, and the better the associated services. Society is also result oriented: health is seen as a commodity that a doctor can easily provide. Spending money for relatives is equivalent to caring for one’s near and dear and fulfilling one’s obligations to them…A pervasive unethical practice is the kickback or cut practice.

The kickback is ultimately recovered from the patient and hence forms a component of the medical fee. The kickback givers are consultants, pathologists, radiologists and those who run laboratories and small nursing homes. General practitioners top the list of recipients. Others both give and receive. A cardiologist pays to a general physician for referring a patient for a ‘plasty’ and the cardiologist takes from the cardiac surgeon, the last in the chain. No wonder the surgeon’s charges tend to be exorbitant.”

Besides this, there are other frauds, payments and receipts of cash, i.e, un-accounted money. Even today there are some great saints, dedicated doctors with human touch and service motive, though their number is dwindling. Medical profession, once upon a time used to be honourable, is now an undoubtedly industry or commerce. It is not proper to call it service in general terms. But it is ‘service’ as per Consumer Protection Act, 1986.

Myriad forms of medical negligence
As the medical negligence is manifest in myriad forms of damage causing wrongs such as civil wrong (tort), breach of contract, criminal negligence (crime) etc, the state has a duty to establish a system and mechanism to ensure remedies to the victim-patients. Though the Law of Torts provided scope for demanding damages for the loss caused by negligent medical services, in India it was not profusely practiced.

ALSO READ:  Why To Make Wise Investment In Hyderabad Properties?

Miserly grants of damages, exorbitant costs of litigation and inordinate delay besides uncertainty of justice or certainty of manipulations made torts and consumer litigation a rare choice. It is very interesting to note that right to life includes right to health and hence it cannot be deprived of, except according to established process of law. Under law of crimes, the imprisonment and fine are consequences the accused has to suffer. Rarely, the victim gets compensation in criminal prosecution.

If a doctor or hospital is proved to have committed criminal negligence, the victim could pursue civil case also. One will not eliminate the other, because constitutionally the right to life has to be secured and remedies must be guaranteed as per Article 21. The state cannot abdicate this obligation, because patient is a weak person in conflict with highly qualified doctors working in five-star hospitals.

The hospitals are no more service centers. They are shops or malls that sell medicines and diagnostic tests and text book treatments. With special formal educational qualifications obtained at high cost, a doctor is on higher echelons of power that gives him a great advantage to exploit the patient. Their focus is only on quick and huge profits. #KhabarLive