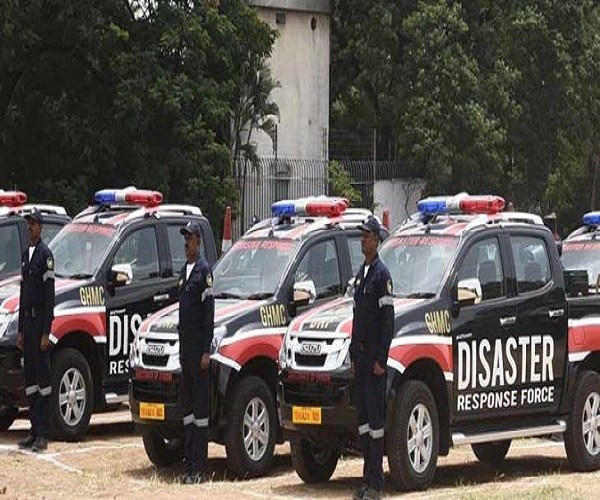 The Greater Hyderabad Municipal Corporation’s Enforcement Vigilance and Disaster Management (EVDM) wing is planning to install Global Positioning System (GPS) and General Packet Radio Services (GPRS) tracking system for its vehicles to identify their location and press them into service immediately during mishaps.

The EVDM wing operates 14 vehicles, including six for enforcement section and eight for Disaster Response Force (DRF) section. At present, these vehicles are stationed at different areas of the city and the nearest available vehicle is sent to mishap sites for taking up rescue and rehabilitation works.

All this is being done manually. To ensure more effective communication and save time, the EVDM wing is now planning to install GPS and GPRS tracking system for its vehicles.

The idea is to identify the exact location of the vehicle and immediately press them into service during any mishaps within short span of time. With GPS and GPRS, vehicles in the vicinity of the mishap area can be deployed without wasting much time and also track their movements, explained a senior official.

From taking up different kinds of works, including clearing fallen tree branches on roads, the DRF team also helps accident victims. The DRF personnel have been trained to conduct first aid. Every individual carries one first aid pouch, besides a full-fledged first aid box in the DRF vehicle.

Installing GPS and GPRS tracking system can help the officials to extend such services more effectively. The vehicles movement could be tracked from the command control centre in the EVDM and directions issued to the personnel based on their location, the official said.

Measures are being taken to introduce biometric attendance system for the 520-odd workers of the EVDM wing. Most of these workers are deployed in different areas of the city and taking their attendance by conventional method has become a cumbersome process for the officials.

By introducing biometric attendance system, their attendance can be taken from the respective work location besides noting the time of their arrival for work. Already, tenders have been floated a few days back and officials are in the process of identifying the bidders for taking up the project.

Recently, the GHMC had hiked the salaries of the employees in the EVDM wing. Categorised into EVDM Officers and Workers, they were now being paid a monthly salary of Rs 20,000 and Rs 17,000 respectively. #KhabarLive