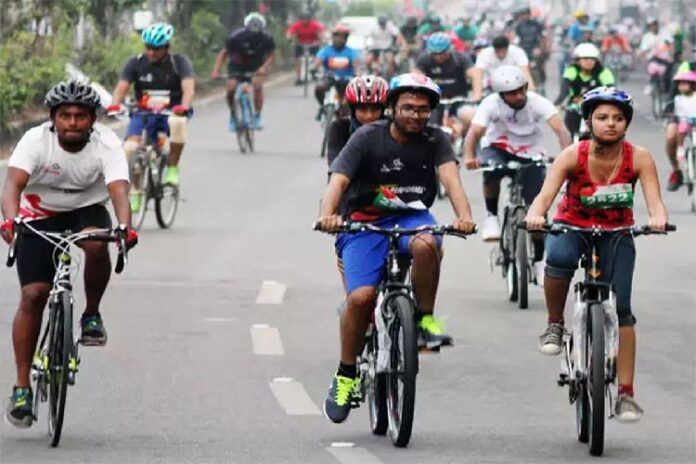 Cycling enthusiasts in Hyderabad can now look forward to pedaling their way along KBR Park with the Greater Hyderabad Municipal Corporation (GHMC) working towards setting up bike stations and offering them to the riders.

The civic body has already laid cycling tracks around the park for the convenience of riders. These apart, similar tracks are coming up along the corridor 23 and 26 in Jubilee Hills.

In addition to laying cycling tracks, the municipal corporation is now working on setting up bike stations for the convenience of riders. Users can take the bikes by checking through an app and pay nominal charges for the same. Modalities are being worked out on how to develop the app and execute the project, said an official from GHMC.

To begin with, private agencies are being roped in to execute the project at a few locations in the city. Not confining to KBR Park, efforts are on to introduce similar projects on Raj Bhavan road, Necklace road and Langar Houz road (Vasavi College), he said adding that measures were being taken to launch the project at the earliest.

Based on the feedback from the users, similar facilities will also come up at other locations in Hyderabad.

The municipal corporation had developed cycle tracks in some areas in the west zone but had to clear them for executing different works including pavements, road works and road widening.

ALSO READ:  Is 'Democracy' Being 'Dumped' In Telangana Elections?

NGOs and other organisations wanting to take up restoration as CSR project or individuals interested in being part of the drive can contact @TSMAUDOnline or (DM), he had tweeted. #KhabarLive #hydnews