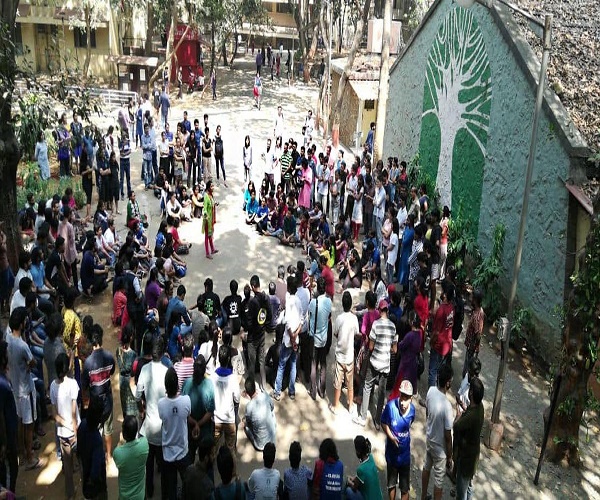 On February 20, the students’ union of the Tata Institute of Social Sciences, for the first time in its history, called for a strike across all four campuses – in Mumbai, Hyderabad, Tuljapur (in Maharashtra) and Guwahati. The trigger was the institute’s decision to withdraw financial aid to students from the Scheduled Caste and Scheduled Tribe community who were eligible for the Union government’s post-matriculation scholarship.

In 2015, the institute withdrew financial aid to students belonging to the Other Backward Classes, and the students’ union has since argued that the representation of that community in the institute has taken a hit.

A strike of this scale has never before been attempted in the institute. Yet, on February 21, the day of the strike, not a single student could be seen in the classrooms. A community that did not have a reputation of being overtly confrontational had been pushed into holding a strike, which is well into its third day now. Confrontations with the administration have turned nasty as students turn their ire onto the institutional authority most visible to them. But the question is: where have the funds for the fee waivers gone?

A story of scholarships
Established by the Union government’s Ministry of Social Justice and Empowerment in 1944, the post-matriculation scholarship scheme has long been the economic spine that has supported students from marginalised communities who venture into higher education. Variants of these scholarships are available to both Scheduled Caste and Scheduled Tribe students. With these funds, students from economically weaker sections of these communities have been able to overcome the hurdle of increasing tuition fees and dining hall charges at the institute, which would have otherwise made it difficult for them to continue their studies.

This scheme is now in jeopardy.

The apathy of the previous Congress-led United Progressive Alliance government has been exacerbated by the present Bharatiya Janata Party regime.

Over the years, the Union Finance Ministry has continuously rejected the financial demands made of it by the Department of Social Justice and Empowerment. This means that the department has a fraction of the amount it requires to disburse as post-matriculation scholarships across India.

A deposition before the standing committee on social justice and empowerment by the Department for Social Justice and Empowerment said that this has resulted in ballooning arrears in the “Scheme of Post Matric Scholarships for SCs [Scheduled Castes] in which there are pending arrears to the tune of approximately Rs 8,000 crore” for the 2017-’18 financial year.

Immediately after this, the report notes that scholarship students will be the worst hit.

The 2018 Budget has been significantly worse in this regard, with the amount budgeted for the post-matriculation scholarship for Scheduled Castes falling from Rs 3,348 crore to Rs 3,000 crore.

So far, the pending amount for scholarships for Scheduled Caste students stands at Rs 8,000 crore, while it is Rs 3,156 crore for Scheduled Tribe students.

What this means for campuses
Higher education has always been a zone of exclusivity in a developing country such as ours, with only 4.5% of the population educated up to graduate level or above. In such an environment, faced with both social ostracism and economic barriers, the climb for marginalised communities has always been steep. By starving such communities of the essential funds required to make this climb, higher education becomes a zone of exclusion, reserved only for those who can afford it. It strikes a blow to institutional diversity.

In turn, university students, who find this financial support suddenly withdrawn, vent their fury at their varsity administrations, and the conflict turns ugly. This financial exclusion, however, is a national narrative. But the conflict inevitably gets bogged down as a dispute between the administration and students, when it should actually be seen as a dispute with successive Union governments that are starving essential schemes of their funds.

But some positive signs have emerged from the strike. Students’ unions in Jawaharlal Nehru University as well as the University of Hyderabad have expressed solidarity, and a march is now being organised in Delhi to demand the release of funds required to continue this financial aid.

Among those involved in this effort are the National Campaign for Dalit Human Rights, a human rights and advocacy coalition dedicated to the agenda of Dalits and Adivasis; the Centre for Budget and Governance Accountability, a premier budget-tracking non-profit, and the Delhi Solidarity Group, a liberal, progressive coalition of people’s movements.

Protecting diversity
In India, as of today, there remain a handful of institutions where students from various sections of society can converge, discuss, and articulate their views freely. The Tata Institute of Social Sciences has always claimed to be a proponent and a defender of this ideal, and has produced several policy makers, academics, business persons and activists dedicated to this ideal. By starving it of finances to support its diversity, the Indian government is killing an institution that has existed before India won its independence, and by making it a zone of exclusion the government is killing the ideals on which it is supposed to stand and grow. #KhabarLive