Officials say they are struggling to quickly move oxygen from the factories where it is made to the hospitals where it is needed.

As the oxygen supplies at his hospital dwindled Amit Thadani, a doctor based in Kharghar, stopped calling his suppliers and started calling nearby hospitals to look for vacant beds for his patients.

Thirty of Dr Thadani’s patients were on oxygen support, six of whom were critical, while his hospital had just enough oxygen to last for less than five hours.

“I sent 50 cylinders for refilling but they returned empty as the refilling stations did not have oxygen,” he said. Fortunately two patients were shifted to nearby hospitals while a supplier came through with another 20 cylinders of oxygen.

A crisis was temporarily averted, but Dr Thadani said he still spent several hours a day just working the phones to ensure his clinic had enough oxygen on hand.

On September 11, Maharashtra crossed a grim threshold of a million cases of COVID-19 — a disease that primarily attacks the lungs and leaves patients gasping for breath. As the pandemic spread from cities to the hinterland, doctors are scrambling to source enough oxygen. Data obtained from the Maharashtra Food and Drugs Administration indicates that the state’s consumption of oxygen has increased 2.5 times in the past three months.

On September 15, the Union Health Ministry said there was no shortage of oxygen in the country and that India actually had surplus supplies. Maharashtra state officials agreed that there was sufficient supply, when measured in absolute numbers, but noted the challenges of quickly shipping large quantities of oxygen from manufacturing centres to individual hospitals scattered across the country.

“There has been excessive demand for medical oxygen but I wouldn’t say there is a shortage. It is more of a distribution issue,” FDA commissioner Arun Unhale told #24x7newsalert.

Maharashtra’s oxygen crunch, for instance, is being felt in neighbouring Madhya Pradesh, a state with over 90,000 cases of its own, which sources its oxygen from suppliers in Maharashtra.

“We got some supply from a plant in Bhilai, Chhattisgarh”, said an FDA official from Madhya Pradesh who was a part of the high-level meeting held on September 14 where it was decided that Madhya Pradesh would set up its own oxygen manufacturing facilities.

Maharashtra offers a useful glimpse of the constraints and challenges facing hospitals and health departments across the country.

The state has 90 licensed oxygen manufacturers, but only 24 companies actually make the gas. The rest are “re-fillers” who buy oxygen in bulk quantities and supply it to smaller distributors and customers such as hospitals.

Vinod Sonavne of Yash Medical Gases, a distributing agency said distributors like him are finding it hard to source enough oxygen for their clients.

“We have to wait more than 15 hours in the queue and despite that, we are unable to get full supply”, said Sonavne, who generally refills at a station in Rabale. “Since the pandemic, I am supplying up to 350 cylinders every day to hospitals in Mumbai. But over the last week, I have struggled to get even 100 cylinders daily.”

“We have managed with the balance stocks. But work is on to expand the production,” said Unhale, the FDA commissioner. Unhale said several units have been licensed to produce medical oxygen over the past few weeks and a multinational is opening a new plant near Pune soon, which will further add to the production.

Yet the next challenge is transporting oxygen from the factories where it is made to the hospitals where it is used.

Vikas Biyani, a joint commissioner at the state FDA, said 80% of Maharashtra’s oxygen supply is made by units in the western-most Konkan region. As the pandemic flares up in eastern cities like Nagpur, state officials and doctors expect several localised shortages.

For instance, a 70-bed Covid hospital in Ahmednagar gets its oxygen all the way from a plant in Chakan, Pune, which is more than 100 km away.

“Not a single hospital in Ahmednagar has its own plant,” said Dr. Satish Sonawne from the Ahmednagar Covid Care Centre- Patiala House. “Not just Ahmednagar, the situation is the same in many districts like Jalgaon, Nasik, etcetera.”

On September 11, Dr. Sonawne said his hospital faced such an acute shortage of oxygen, that they briefly considered halting fresh admissions.

Hospitals with MGPS have giant centralised storage tanks that are periodically filled with gas. Supplying these hospitals requires special tanker-trucks that are now in short supply.

“The information we collated from the Petroleum And Explosives Safety Organisation (PESO) showed that Maharashtra has about 157 such tanks permitted to transport oxygen,” said Biyani, the joint FDA commissioner. “As the demand went up, the frequency of trips made by these tankers has also gone up.”

Yet a single round trip for a tanker truck can take upto three days, Biyani said.

“With a limited number of tankers, the daily replenishing of oxygen supply has been affected,” he said.

The FDA is now in talks with the Regional Transport Office (RTO) to get details on all such tankers and is exploring the possibility of converting other tankers into such specialized vessels.

Rising Industrial Demand
While states such as Maharashtra and Gujarat have pushed manufacturers to reserve their oxygen production for medical supplies, Saket Tiku, president of All India Industrial Gases Manufacturers Association (AIIGMA), said industrial demand could not be ignored indefinitely.

With industries shut for most of March and April, and the economy sluggish ever since, manufacturers could focus on medical demand. Now, as the economy limps back to life, industrial demand is rising too.

“There is a tremendous strain on the system with demands rising from both ends”, said Tiku adding that AIIGMA is working out ways to enhance production and better inventory management. “The supply chain was also disrupted with many tanker drivers testing positive for Covid-19”, he said.

Medical experts and health activists say that Maharashtra’s situation could have been averted had the government prepared in advance.

“Such a situation should have been anticipated. It is nothing but irresponsible governance that has caused this,” said activist Dr. Sanjay Dhabade of Jan Arogya Manch. #24x7newsalert 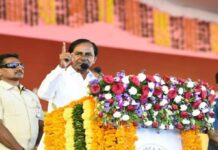 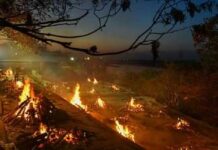 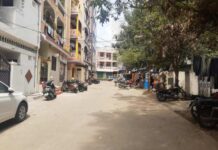 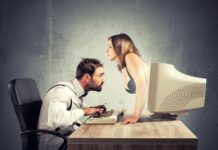 ‍‘Sextortion’ Mafia On Prowl In Hyderabad