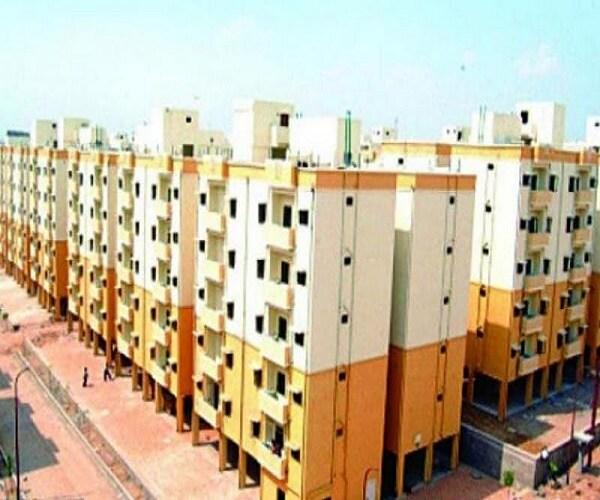 The tussle between the Centre and the state government has left the double bedroom (2BHK) housing project for urban poor in the lurch. The ministry of housing and urban affairs has asked the government to submit utilisation certificates (UCs) for the project for the release of Centre’s share.

The delay in submission of UCs has left the project hanging midway even as 55,000 beneficiaries in Greater Hyderabad region wait for sanction from eight months. That apart, the Centre has also asked the state government to identify the list of beneficiaries in such a way that they would be fixed parameters to release Rs 1.5 crore for each dwelling unit. This has led to piling up of bills worth Rs 996.79 crore in the city and private agencies have set their deadline for clearance of pending bills.

The GHMC would require `9964.59 crore to construct about one lakh 2BHKs in 117 locations. Out of which, the civic body has already received `4,500 crore from the state housing department but is yet to receive `746.79 crore. Bills worth `250 crore have been freshly generated during the current month. The delay in fund sanction has left 46,279 double bedroom houses in the lurch. Incidentally, all of them are in the final stages of completion since a year. Though the corporation has managed to construct as many as 8,796 2BHK houses in four years, it could not come up with the list of beneficiaries to hand them over.

Highly placed sources in the corporation said that the financial crunch at both the Centre and the state has put potential beneficiaries on tenterhooks.

Lack of co-ordination between the two governments has been leading to the delay in the construction since two years. Sources said that private agencies have been mounting pressure on the corporation over settlements of outstanding bills and also warned that they would walk out of the project if there was any further delay. They hinted that the state government is delaying the housing project till municipal polls to lure beneficiaries.

However, officials said that they have been trying their best to convince the contractors but could they not do it for long. They claimed that the project would go ahead only if the differences between the Centre and the State government are cleared. #KhabarLive