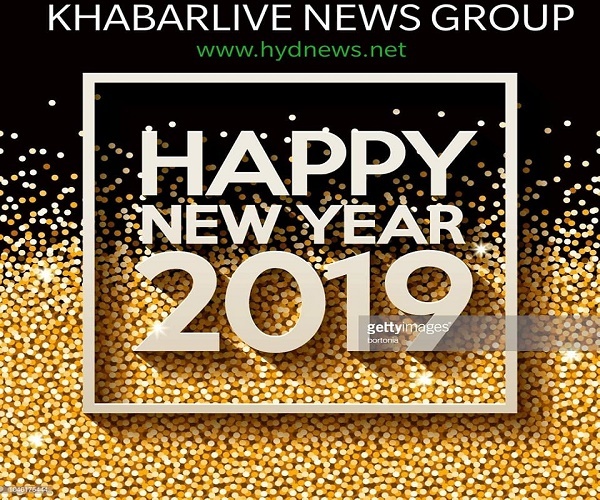 The city could be hosting a trillion New Year bashes but Hyderabadis have opted for novel ways to ring in the new year. From attending meditation sessions at the stroke of midnight for a “peaceful’’ 2019, to hosting parties at home to beat the recession, denizens have no regrets giving high profile dos a miss this year.

At the stroke of midnight on December 31, various pockets in the city would wake up to the lilting notes of not some Bollywood chartbusters but those of bhajans as many in the city are choosing to usher in the New Year on a sombre spiritual note. And, hold your breath, most of the participants are the young and the restless finding peace in a session of meditation for a “mental bath’’ they say they so badly need.

Madhavi is one of them. This Hyderabadi who swore by her rocking night life and the uber-cool new year bashes has turned a new leaf. Until last year, she went pub-hopping across the city, drowned herself in alcohol and danced to deafening music till she dropped. This year, she is giving it a miss. Not that she now sits on a moral high ground, but says she has chosen a more peaceful way of ringing in the new year. This year, she is accompanying her mother for a quiet midnight satsang and meditation session, being organised by a spiritual centre Dhayanapeetham.

Madhavi says she is aware that bhajans would replace hip-hop and a modest cake would greet its members instead of a toast at the New Year celebrations but she doesn’t mind. She is looking forward to this party like never before.

Tried of waking up with a hangover on the first day of every year, several youngsters like Madhavi are now opting for such forms of celebration that they feel will help them begin their year with a fresh mind and positive energy.”It does not feel great to start the year on a drowsy note. You feel drained and even more stressful. Meditation not only makes you feel more energetic but also decreases your level of stress,’’ says

Anil Gowra a young businessman who has also decided to be meditating at midnight while his friends treat themselves to wine and shake a leg at a New Year bash.

Deepika Bhogadhi, an engineer, too believes that starting the first day of the year rejuvenated after a meditation session makes much more sense than on a tired note.
Call it a case of a new form of adventure that the young wish to try out this December 31 or a real need for ‘man ki shanti’, but these collective chants of ‘hari oms’ would indeed give the December 31 night a different feel altogether.

While some feel that such midnight workshops would help them cope with their stressful lives, there are others who decided to enroll for these sessions post the Mumbai terror strikes. With 2018 ending on a not so happy note, they feel that spending the last few minutes of the year calling for peace and harmony would perhaps help in assuring better times in 2019.

“With so much disturbance around me, I do not feel like partying this year. Also, I wish to begin my year with a calm and relaxed mind,’’ says first year student Monica Sethi, who plans to attend the Art of Living workshop on New Year’s eve where members would chant shlokas, sing bhajans and meditate before they greet each other at the stroke of midnight.

Like Art of Living, several other organisations in the city are conducting such meditation programmes to usher in the New Year. While Dhyanahita has a prayer meeting followed by a “healing’’ session lined up for its members, Anand Aishwarya, another spiritual centre, plans to conduct a satsang wherein people would chant mantras and sing bhajans apart from meditating for peace of mind.

Apart from the urge of beginning the year on a more sober note, people also cite health reasons and new year resolutions to stay away from booze and “polluting’’ thoughts to opt for such courses over cocktails. But the hope that ‘asanas’ bring peace, seems to have drawn most people. “The whole idea of such sessions is to spread peace and harmony.

People are fed up with the violence around and, therefore, are doing what they can to spread this message,’’ says Santosh Rao of Art of Living. “There is a bliss layer within everybody and once you touch it, you wish to reconnect with it all the time since it provides a deep degree of peace and happiness. This is what that drives these young people to such sessions,’’ says Vijaya Reddy, coordinator of Dhyanapeetham.

The sessions will include singing of hymns and bhajans, followed by an aarti and reading from various religious books. “We decided to usher in the new year differently this time,’’ says Dr Prasad, CEO, Apollo Hospitals, clearly reflecting the mood of a large number of people in the city. #KhabarLive