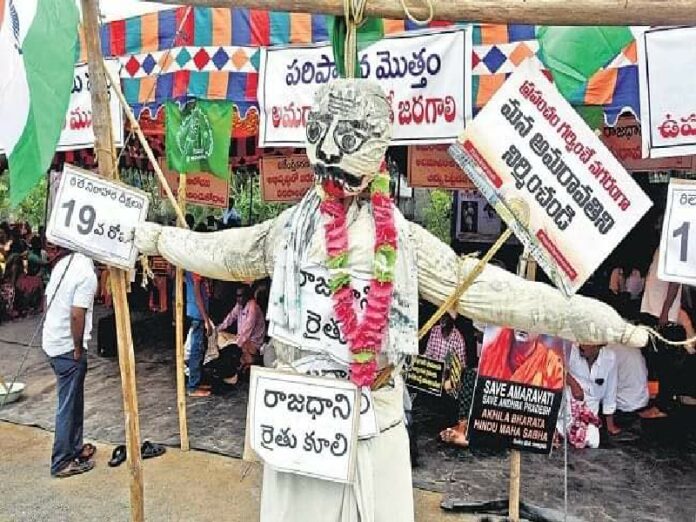 The yellow media used to propagate that the Amavarthi people are celebrating festivals in tents amidst protests. But in recent times, such writings were stopped.

Chandrababu also seems to have shelved the Amara vathi movement forever. Right now his focus is only on the Caste and religious matters as he is not finding anything else.

The number of participants in Amaravathi movement is also decreasing day by day.

As the backward people’s movement against Amaravathi has started in the same place, the first movement started by Babu has got diluted.

Had there been the fighting spirit in Chandrababu he would have told the world that the people of Amaravathi are celebrating Diwali from their tents. But now there is no such opportunity for him.

As his entire focus was kept only on Amaravathi all these months, people of other areas have forgotten what TDP is.

Not only the TDP, even the parties like Janasena and BJP have become silent with Amaravathi issue.

The Amaravathi news has crawled from the banner item to the small write up inside the district edition. Only the people who are participating in this movement should open their eyes. They should bury their selfish desires and hope for the wellbeing of the entire state. #KhabarLive #hydnews