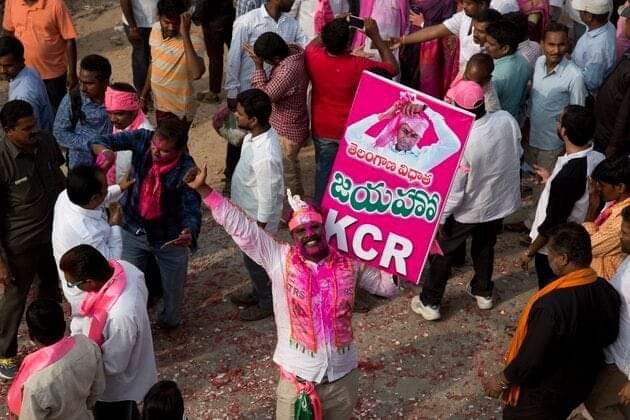 For much of last week, K Charandrashekar Rao, the Chief Minister of Telangana and president of the Telangana Rashtra Samithi (TRS), was believed to be stitching together an alliance of political allies who could serve as kingmakers in case the general elections of 2019 offered a fractured mandate.

In the event, voting trends on counting day revealed the TRS to be leading in just 8 seats —three less than the 11 which it won in 2014. Worse, Rao’s daughter Kavitha, an incumbent MP from Nizamabad was found trailing by a huge margin behind Dharamapuri Arvind of BJP. This, despite TRS reducing BJP to one MLA seat in 2018 as against four in 2014.

Barely six months ago, the TRS swept to power in the state assembly elections — 88 out of 119 Legislative Assembly seats in December 2018.

Political observers say the TRS leadership had always expected national polling trends to affect its performance in the state.

“KCR declared early elections in November 2018 because he expected the party to lose some seats to the national trend,” said P L Visweswara Rao, a former Osmania University professor who later joined Telangana Jana Samithi, a party which had also entered the fray in 2018.

Other observers called BJP’s improving performance in the state “a predictable phenomenon”.

“After it came to power TRS had worked closely with the Centre to ensure benefits for the state. For KCR the immediate enemies were always the Congress and Telugu Desam Party,” said M. Padmanabha Reddy who heads, Forum for Good Governance, a Hyderabad based think tank. “This equation provided a conducive political climate for BJP perform better.”

Now with NDA expected to form government in the Centre, KCR may have to renew his ties with the BJP even though the national party has now become a strong rival in his home turf.

“KCR believes in maintaining profitable relationships with the Centre. He had supported both the NDA and UPA in the past, when each of these fronts were in power. His strategy might not change now. He may fight BJP in the state but in the Centre he will have to support NDA,” said S Simhadri, former faculty member of Osmania University and member of Samajwadi Party in Telangana.

As he had not directly supported Congress’s efforts to form an anti-BJP front by entering a pre-poll alliance, KCR may still opt to support NDA. TRS’s majority in the state Assembly may give him added bargaining power. #KhabarLive