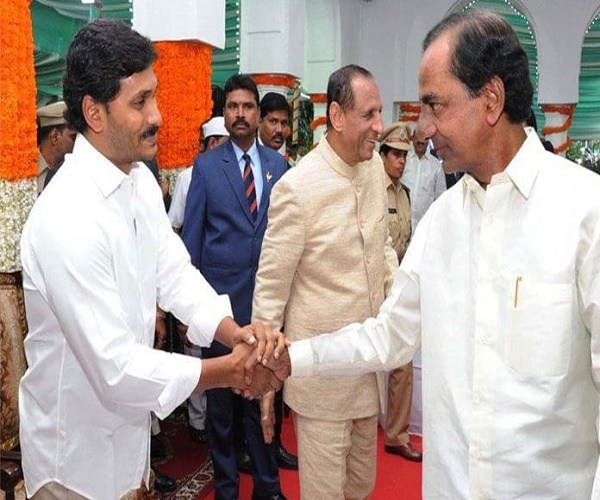 The things are often not what they seem, that words connote at least as much as they denote – and very often more. Some people, particularly, politicians, suffer from it. Some adore it and some others perfect it – the art of ambiguity.

YSRCP President and Chief Minister-in-waiting’ (since long), Y S Jagan Mohan Reddy, loves his ambiguity. He cannot be blamed for it. He presumes that honesty is a synonym of naivete. He should understand himself better because he has chosen ambiguity as his soul mate. An ambiguity, in ordinary speech, means something very pronounced, and as a rule witty or deceitful. It is more often the latter.

So, when Jagan Mohan Reddy says that he is joining hands with the TRS only to secure SCS for AP, the detail is effective in several ways simultaneously. He himself has no issues when two or more alternative meanings are resolved into one. But people do get confused when two apparently unconnected meanings are given simultaneously to any single action.

He is like an author who discovers his idea while actually writing. In other words, he has not apparently preconceived the idea but came upon it during the act of creation – of this new friendship with KCR. If politics is all about perception, then Jagan has failed himself, his party and the people of Andhra Pradesh with his ambiguity. Look at the difference between Jagan and Chandrababu Naidu.

The latter simply dumped the Congress and worked with the BJP to capture power in the state as he knew that Congress was the villain of the piece then. Then arose a situation in the State where SCS attained sentimental proportions that one could not ignore and Naidu preferred to dissolve his friendship with the BJP at the altar of emotion. Ever since, he has been attempting to tar everyone with the same brush calling them (Jagan, Modi and KCR) anti-people. Naidu did some plain-speaking all through.

Jagan has never been that vitriolic of Modi which has always been fully exploited by the TDP. YSRCP has been confident that Naidu would not succeed in his plans of projecting it as a B-team of the BJP. Jagan has been under the impression that Naidu’s calculations would go awry and the crowds that thronged his recently concluded ‘Pada Yatra’ were proof of the same.

When Naidu forayed into the Telangana region campaigning against KCR in the Assembly elections it was a huge mistake. But, the AP CM was not just aiming to boost the Congress chances in Telangana. His larger mission was to tag BJP and TRS together along with the AIMIM.

Naidu may not have succeeded all these days in convincing people back home that there is no difference between Modi and Jagan and that both are creating hurdles in the development of AP.

ALSO READ:  Why Facial Recognition Imposed In GHMC Elections Without Consulting All Parties In Hyderabad?

Now with Jagan joining forces with the TRS, AP will definitely press the pause button to have a re-look at what Naidu has been saying. Hardcore Jagan fans and YSRCP voters may not care, but the others do care to listen to Naidu better, henceforth. After all, KCR is no friend of AP voters.

The party may have been right so far, but why align forces with the TRS? The game of Jagan vs Naidu is perfectly OK with the people of Andhra Pradesh. They don’t mind if it becomes a triangular contest everywhere too (Jagan vs Naidu vs Pawan). But, KCR meddling in AP will not be acceptable to them.

The past shall be recalled and every word that KCR uttered against the people of Andhra and Naidu shall strengthen the TDP argument against Jagan now. Jagan has slipped and perhaps fatally at that. Whoever told Jagan that he needed a KCR to trounce the TDP in the upcoming Assembly elections in AP! Or did he just drop his mask? The mask that he was wearing to project himself as anti-Modi?

People in Telangana have voted for the TRS-MIM for a second term as they trusted in KCR and voluntarily gave him a second chance. But KCR was not fighting Modi in Telangana. He was only fighting the Congress and the TDP. That is the reason he could “pay respects” to Modi after his re-election. KCR has secured his position. Jagan has not. Thus far he has been successful in evading an answer. But he will face the inevitable question now – Are you a friend of Modi?

ALSO READ:  Will Telangana 'Secretariat' To Be Demolished On Vaastu Fault Or Something Else?

In the Book of Genesis, one can read how Adam and Eve used fig leaves to cover “their nakedness” after eating the fruit from the Tree of Knowledge of Good and Evil. The masquerade motif appears in the Bible on two different levels: an attempt to fool people and an attempt to fool God.

In addition, Jagan will be fooling himself if he says he has not been a friend of KCR all these years. No AP leader can aspire to become a Chief Minister while being a friend of KCR as long as the latter is seen as a villain in AP. Is not it quite elementary? That is the ambiguity of Jagan who is unable to fathom the politics of the hour. A section of voters might have pardoned him for his helplessness in supporting reservations to Kapus.

Another section might ignore his character assassination of Pawan Kalyan. Even his support to the BJP in the past in the Presidential elections etc could be excused. However, Jagan’s latest move will be discussed, evaluated and judged… by the voters who have no remorse, no fear, and are extremely confident. By the by, did anyone hear Naidu heave a sigh of relief?#KhabarLive