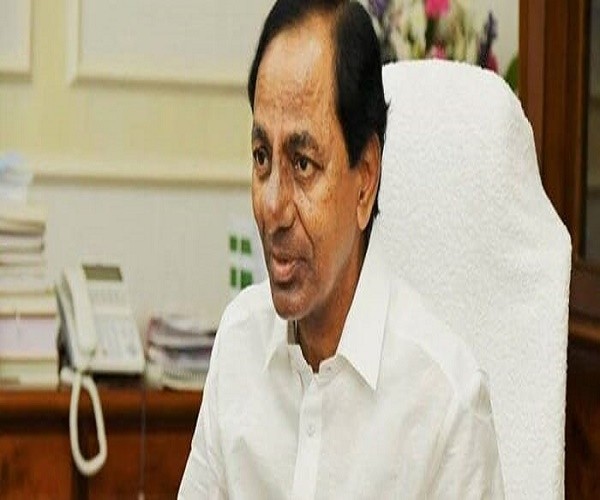 Soon after Telangana Chief Minister K Chandrashekhar Rao handed over the resolution letter of the Council of Ministers recommending the dissolution of state assembly, notification from the Governor’s Office followed by another notification from General Administration Department mentioned that KCR and his colleagues in the Council of Ministers will continue as caretaker government. This, of course, has been the normal convention in a parliamentary form of government as and when such a necessity arises.

Churchill who was under pressure from his party to hold a quick election to exploit his standing as the man who had won the war, then resigned as Prime Minister. When the war-time coalition government came to an end in May 1945, King invited Churchill to form a government that was known officially as the National Government, and was formed from majority members of the Conservative Party. Unofficially and without any reference to the British unwritten Constitution, it came to be known as the ‘caretaker ministry’ – a practice continued all over the parliamentary democratic world.

It is practised in all parliamentary democracies where the executive government is formed from the majority political party in the elected house of representatives. A caretaker government may broadly be described as an intervening government that governs pending the outcome of a decisive event.

Deciding whether a policy is major, or an appointment or contract is significant is a matter of judgement. There are no hard and fast rules. Factors include whether or not it is a routine or contentious matter, whether it commits government resources, whether it involves large amounts of money, the length of any commitment and whether or not it can easily be reversed.

For the continuation of proper governance and for implementation of development and welfare measures benefiting the vulnerable, there shall not be any objection if the caretaker government takes decisions, no matter whatever might be the financial implications. In a democratic set-up as has been experienced, the decisions that benefit people at large are carried from one government to another irrespective of which political party come to power. In any case here in Telangana, it would be continuance of same government even after elections!

Caretaker governments are normally put in place when a government in a parliamentary system is defeated in a motion of no confidence, or in the case when the house to which the government is responsible is dissolved, as in the case of Telangana, when the head of the government recommends such a dissolution based on his council of ministers’ resolution to do so.

To say that it would be in place for an interim period until an election is held and a new government is formed as caretaker may be right to some extent, but to say that it cannot take a major decision is absolutely wrong. The caretaker government may be the obligatory government to continue to operate in the interim period between the normal dissolution of house for the purpose of holding an election and the formation of a new government after the election results are known. However, and in any case, the caretaker government’s activities need not be limited by any authority and may be of course by custom and convention to some extent.

In systems where coalition governments are frequent, a caretaker government may be installed temporarily while negotiations to form a new coalition take place. This usually occurs either immediately after an election in which there is no clear victor or if one coalition government collapses and a new one must be negotiated. In such a case, may be, caretaker governments are expected to handle daily issues and prepare budgets for discussion, but are not expected to produce a government platform or introduce controversial bills. In the case of dissolution of elected house based on the recommendation of its leader who enjoys undisputed huge majority, and when he is appointed as caretaker, there need not be any limits to his decision making powers.

However, after the Legislative Assembly is dissolved and election notification is issued by the competent authority, the government may assume a real caretaker’ role, in view of the model code of conduct etc. This role continues until the election result is clear, or in the event of a change of government, until the new government is formally sworn-in.

In any case it is totally and with crystal clear unlikelihood in Telangana that a non-TRS government comes to power. As has been announced by CM KCR in a press meet after the dissolution and after assuming the role of caretaker, the reason for dissolving the state Assembly, is that, the Telangana State can ill-afford a political fragility that the opposition parties were seeking to introduce, when the state has been making rapid progress in all fronts.

Chief Minister KCR’s idea for preferring dissolution and elections are to seek a reaffirmation of the mandate to continue the work of the government that put Telangana on top of economic growth. The development movement cannot be stalled on the pretext that this is a caretaker government and no financial or important decisions can be taken. Even for a brief period the character of the role model state should be stopped saying that this is a caretaker government.

Yes, if this caretaker government takes decisions in the interest of people the way it has been doing for over 51 months, it shall certainly be binding on the new government that comes to power after elections and, in any case, it will be a KCR-led government. It is not just a caretaker government but for all practical purposes it is a government that shall take care of total governance without any restrictions, maybe, of course, till the model code of conduct comes into effect. #KhabarLive