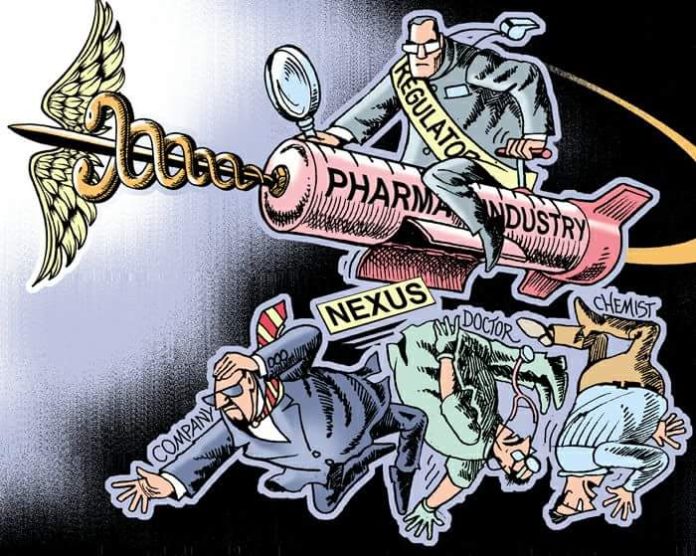 A probe by the National Pharmaceutical Pricing Authority (NPPA) into the many hospitals overcharging cases registered recently highlighted the huge profit margins—to the tune of 1,700 per cent—of the hospitals on most consumables prescribed to patients.

Unfortunately, such profiteering is not limited to one hospital. The probe by the NPPA showed that charged a margin of up to 1,737 per cent on the procurement price on a three-way stop cock.

The Alliance of Doctors for Ethical Healthcare (ADEH), a group of healthcare professionals who have been working against malpractices in the profession, in complaints given to the Prime Minister’s Office and the Union Health Ministry a few months ago, had exposed how pharmaceutical majors offered huge discounts on the printed MRP to many corporate hospitals.

In its complaints sent to senior government functionaries, ADEH had included quotations sent by pharma majors such as Abbott, Reliance Life Sciences and Intas to several hospitals in March this year.

ALSO READ:  Why IT Companies Employees Showing 'Lack Of Confidence' To Return Back From WFH In Hyderabad?

Gurinder Grewal, a senior ADEH member, said that pharma companies, distributors and retailers make a killing on drugs and other consumables while patients were bankrupted by medical costs of major diseases.“In a country where over 60 million people get pushed into extreme poverty due to out-of-pocket expenditure on healthcare, it’s a shame that the government is sitting quiet despite clear evidence,” he said.

“People will keep dying and families will keep going bankrupt if nothing is done to force hospitals to sell medicines and other items on their factory price instead of MRPs,” he said.

Hospitals say if the government asks them to reduce MRPs, they would be forced to increase the cost of treatment and other procedures to cross-subsidise other facilities and services.“Everybody, the public as well as the government, needs to understand that the actual cost of treatment and other procedures is much higher than it is perceived to be,” said Giridhar Gyani, director general, Association of Healthcare Providers in India, a body that represents about 11,000 private hospitals.

“The operational cost of running even a small 100-bed hospital, let alone a big tertiary care centre with state-of-the-art facilities, is huge, and the profits hospitals make on drugs and consumables are used to cross-subsidise other services offered by them,” he added.K K Aggarwal, president of the Indian Medical Association, put the ball in the government’s court, saying hospitals were not doing anything “illegal as long as they are selling drugs on MRP.” “If the government thinks that the public is being fooled and wronged, it should ask the pharma companies to lower the MRPs,” he said.

The NPPA, despite its findings in the Fortis case, has not made it clear whether it plans to impose a ceiling on the profit margins of hospitals. #KhabarLive