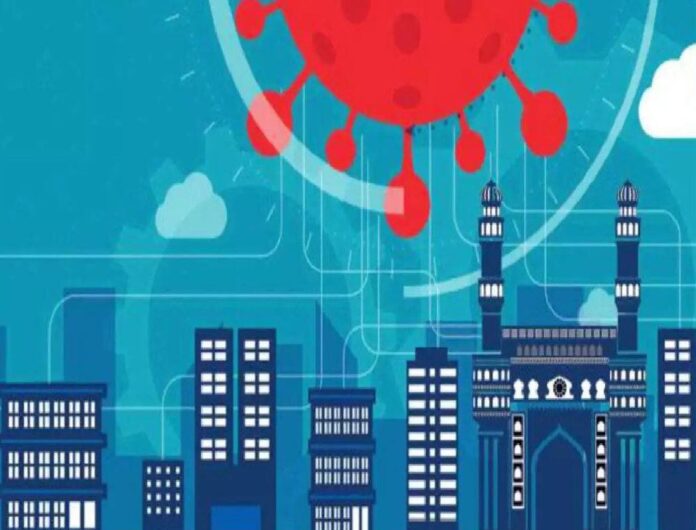 As the increasing patients of high fever,  cough, cold and severe headaches swells at hospitals, doctors start treatment for Covid when they find these symptoms for more than five to seven days continuously. This is the common treatment in Hyderabad.

As this is the Misdiagnosis of persistent fever for five to seven days as Covid-19 seems to be posing a health crisis as such fevers are turning out to dengue. The misdiagnosis is mostly reported from tertiary hospitals in the city, which at a later stage, proves to be critical for patients.

As there is a lurking fear of different variants of SARS-Cov 2, especially in the city’s periphery and districts, doctors start treatment for Covid-19 when they find fever, cough, cold and headaches for more than five to seven days continuously.

ALSO READ:  The History Of Royal Hyderabadi Cuisines Of India

Dr Riyaz, a senior Physician and Endocrinologist at Tolichowki says, “It is important to carry out the test for dengue if Covid-19 test is negative. Persistent high fever may be caused due to many reasons and due to the seasonal changes, malaria, dengue, and chikungunya have to be ruled out before starting the antibiotic treatment.”

Misdiagnosis has come to the fore in the tertiary sector as patients have been brought in with complications of damage to the kidney, internal bleeding and low platelet counts. To avoid these complications, it has been suggested that in rural, semi-rural and urban areas too, the dengue tests must be an option. It has been noticed that in the districts of Karimnagar, Khammam and Warangal Urban where there are new Covid-19 cases reported daily, most of the high fever patients are put in isolation.

Those which have dengue symptoms are coming in a severe state of low platelet count, vomiting of blood and black stools.

Dr Kanchan S Channawar, consultant paediatrician and paediatric intensivist at Kamineni Hospitals, says, “Dengue is now being seen in all age-groups and it is also found to be severe. Identifying and treating the disease early became the key as there are challenges being noted not only in children but also adults.”

The National Vector Borne Disease Control Programme has recorded 601 cases till July. But the health officials say that from July to August, there are 1,000 new cases which have not been added. Hyderabad city has recorded 164 new cases.

ALSO READ:  A Letter To The Bright Indian Student

The disease strikes during the dry period after the rains as storage tanks, flower pot plates, house fountains and other fresh water bodies give mosquitoes a chance to breed. While the GHMC has asked people to maintain dry days by emptying pots and pans used for storing drinking water, there are challenges in compliance.

Due to Covid-19, the weekly spraying in residential colonies for mosquitoes has also taken a hit and that is also being seen as one of the reasons for rise in the cases. #KhabarLive #hydnews